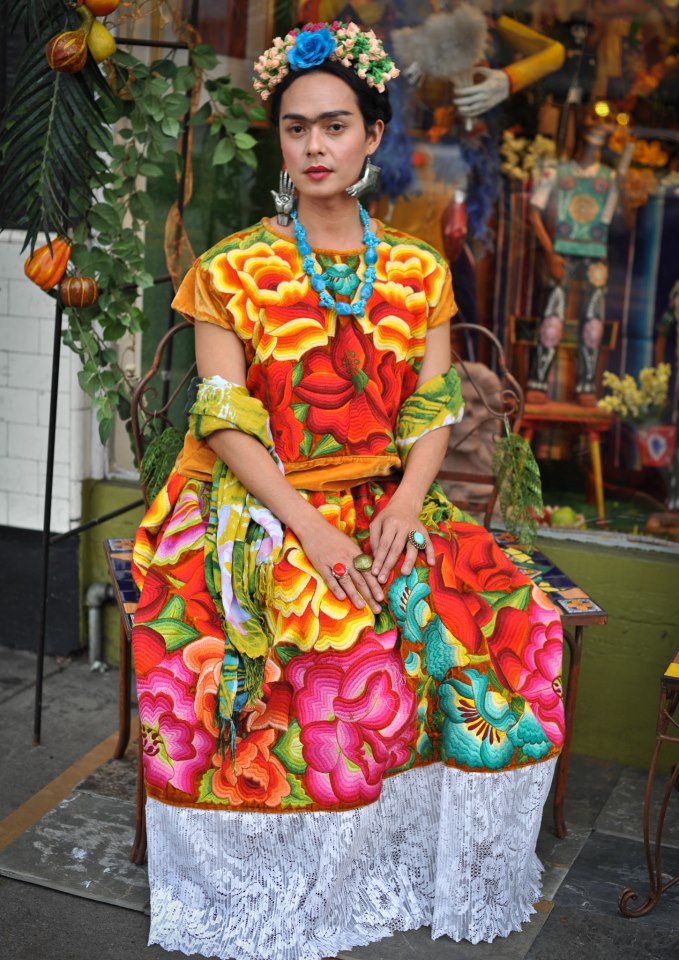 Frida: March 1941 Interview, A Play by Will Maynez

Free and open to the public; museum admission is not required.

On the occasion of Diego Rivera’s birthday, SFMOMA presents Frida: March 1941 Interview, an original play written and performed by Will Maynez, lead historian of the Diego Rivera Mural Project at City College of San Francisco, starring alongside Jean Franco in the role of Frida Kahlo. The play envisions a 1941 interview with Kahlo, as she reflects on the past year; she and Rivera have recently returned to Mexico City after remarrying in San Francisco, in what would be their last visit to the United States.

Jean Franco is an artist, actor, and activist from the Bay Area. After earning their bachelor’s degree from UC Berkeley in 2006, they moved to San Francisco in 2007. On July 6, 2008, the 100th anniversary of Frida Kahlo’s birth, they attended the exhibition Frida Kahlo at SFMOMA. Jean acquired Frida’s diary from the museum’s store and as they sat outside the cafe and mused through its pages for the first time, a box office attendant approached them and said, “Happy birthday, Frida; here is a ticket to go see your exhibition.” In 2013, on Jean’s second trip to Mexico, they were introduced to Juan Coronel Rivera, Diego’s grandson. Upon returning to San Francisco, Jean was invited by David de la Torre, at that time the director of the Mexican Museum, for a tour of Diego Rivera’s Pan American Unity mural at City College of San Francisco, where they met Will Maynez. Que viva la Vida, life is simply a gift to be received and embraced with arms wide open.

William Maynez is San Francisco’s resident storyteller about Diego Rivera’s Pan American Unity and the other local Rivera murals. He has served as a steward and historian for more than twenty-five years. Trained as a painter, he managed City College of San Francisco’s (CCSF) Physics Labs for 33 years. He writes a newsletter and maintains the website www.riveramural.org. He also lectures about and conducts tours of the mural. Maynez serves on the SFMOMA-CCSF team coordinating the loan of the thirty-ton masterpiece to SFMOMA. He has written and performed in the one-act play, Frida: March 1941 Interview. His new play, Rapsodia en Azul: An American in México, is about an actual November 1935 trip composer George Gershwin took to Mexico, where he visited Diego Rivera and Frida Kahlo in the wake of the initial poor reception for Porgy and Bess.

Accessible seating is available at this event.

Access accommodations such as American Sign Language (ASL) interpretation and assisted listening devices are available upon request 10 business days in advance. Please email publicengagement@sfmoma.org, and we will do our best to accommodate your request for this event or answer any questions you may have.