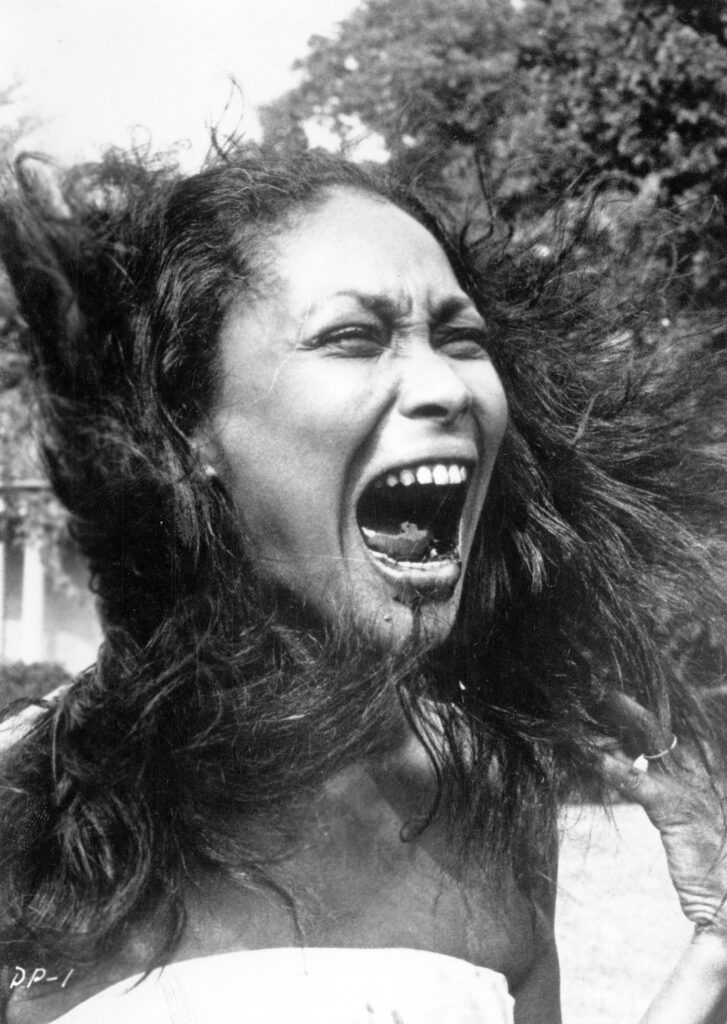 Dr. Hess Green is a wealthy anthropologist studying a long-gone Egyptian tribe that was wiped out by a mysterious blood disease. When Hess is stabbed by his assistant with one of the tribe’s ceremonial knives he is consumed by bloodlust. Devoid of vampire transformation scenes and moonlight prowls, the film abandons the conventional narrative and demonstrates Gunn’s highly stylized and personal approach to supernatural storytelling. The pairing of sound and image brings us into Hess’s dream state, a hallucinatory collage of African myths, spiritual awakening, eroticism and gospel performance.

Ryanaustin Dennis is an Oakland-based curator, artist, writer, and founding member of The Black Aesthetic. His practice is concerned with how twentieth- and twenty-first-century experimental performance, film, and writing histories are shaped by the metaphysics of blackness.