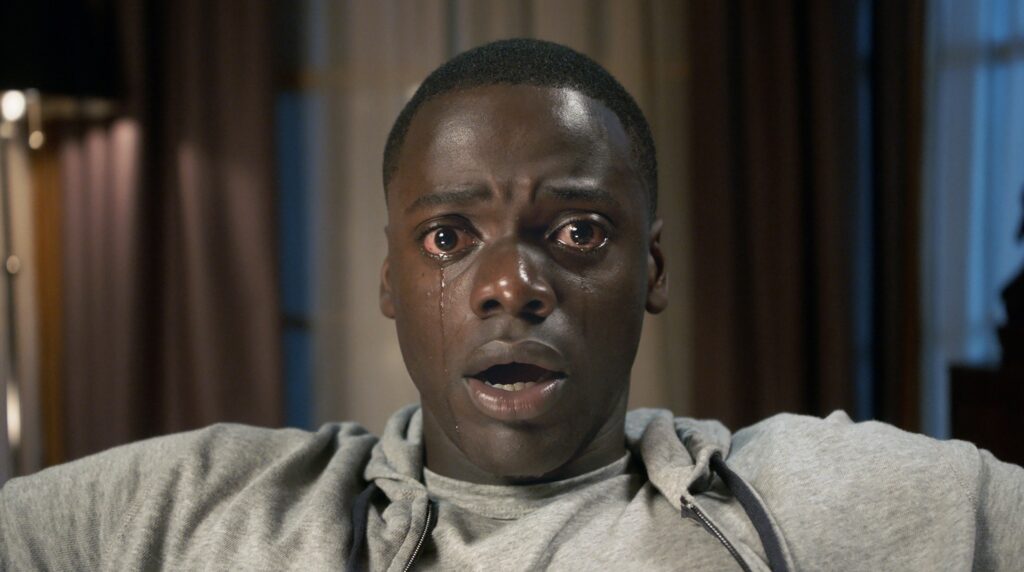 Jordan Pelle, Get Out, 2017 (still); photo: courtesy of Photofest

“Guess Who’s Coming to Dinner meets The Stepford Wives in Get Out in which a white girl brings her Black boyfriend home to meet her parents, whose superficially warm welcome masks an unthinkably dark secret. Blending race-savvy satire with horror to especially potent effect, this bombshell social critique from first-time director Jordan Peele proves positively fearless — which is not at all the same thing as scareless. In fact, from the steady joy-buzzer thrills to its terrifying notion of a new way that white people have found to perpetuate the peculiar institution of slavery, Get Out delivers plenty to frighten and enrage audiences.”
— Peter Debruge, Variety