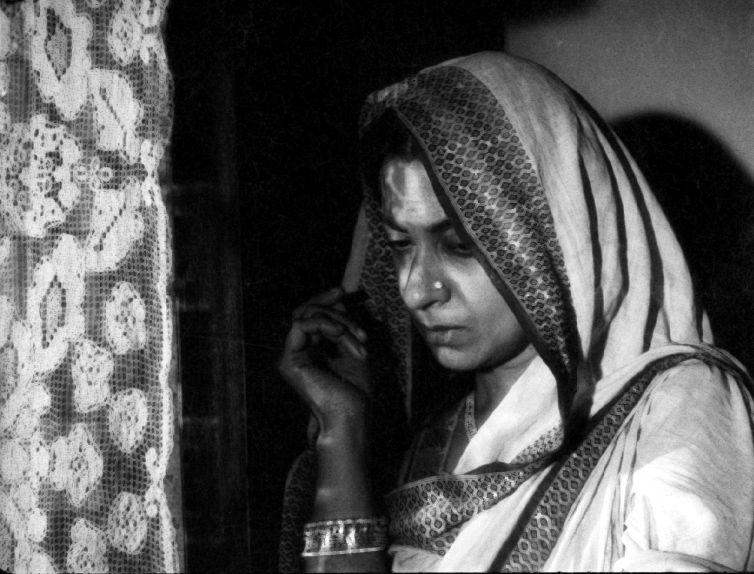 “Satyajit Ray’s dreamily sensual, ironic film about Indian superstitiousness was originally banned from export until Nehru interceded. The story, about a wealthy man who convinces his son’s bride that she is an incarnation of the goddess Kali, has startling Freudian undertones. Ray’s feeling for the intoxicating beauty within the disintegrating way of life of the nineteenth-century landowning class makes this one of the rare, honest films about decadence…Ray creates an atmosphere that intoxicates us as well; the household is so rich and the rich people so overripe….And perhaps because of the camera work, which seems to derive from some of the best traditions of the silent screen and the ’30s, perhaps because of the Indian faces themselves, the eyes have depths — and a disturbing look of helplessness — that we are unused to. It’s almost as if these people were isolated from us and each other by their eyes….Sharmila Tagore (Tagore’s great-granddaughter), 14 when she played Apu’s bride, is the 17-year-old goddess; she is exquisite, perfect in both these roles.” — The New Yorker