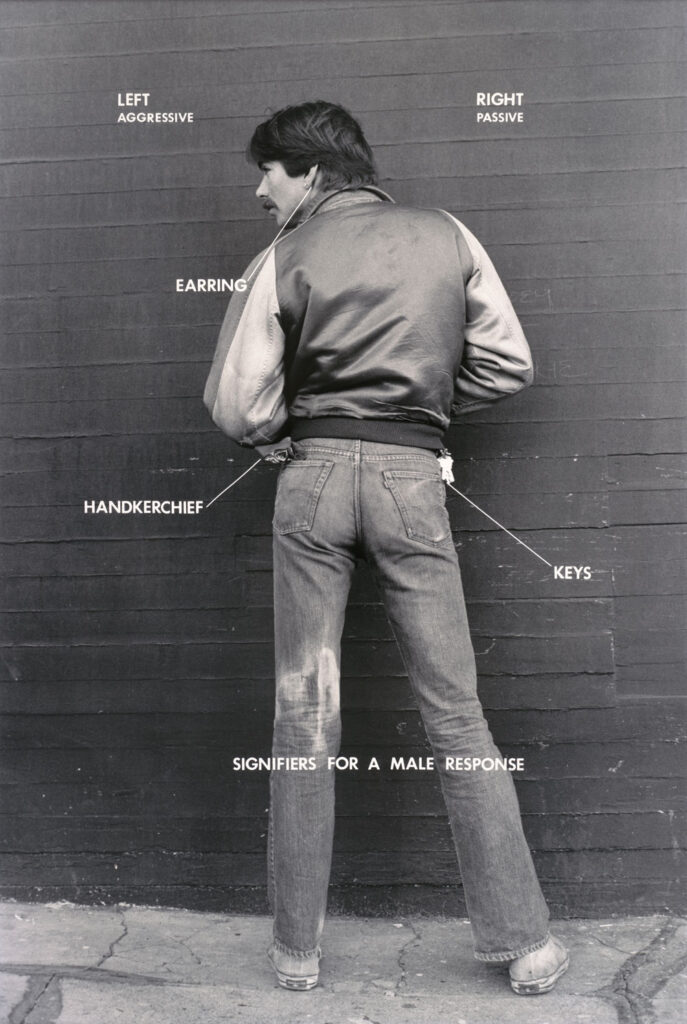 Join Hal Fischer as he discusses the exhibition Thought Pieces and takes us back to the 1970s in San Francisco, when longstanding West Coast photographic traditions were upended by a new style grounded in concept and theory. Featuring images by Donna Lee-Phillips, Lew Thomas, and Fischer himself (including his landmark series Gay Semiotics), Thought Pieces brings together like-minded experimentations with sequence, repetition, and the relationship between text and image.

For a short but intensely active period from the mid to late 1970s, Phillips, Thomas, and Fischer frequently exhibited together, wrote about one another’s work, and published books under the imprint NFS Press. Thought Pieces reunites their work for the first time in decades, offering an opportunity to revisit their legacy in the Bay Area, and their place in the larger history of photography.

Stick around after the talk to purchase a copy of Fischer’s newest book The Gay Seventies (Gallery 16 Editions), which he will be signing.

Over a career spanning four decades, Hal Fischer has been an artist, art critic, and museum professional. In 2011, Fischer’s work from the 1970s came back into public view with the inclusion of his photographs in the exhibition Under the Big Black Sun: California Art, 1974-81 at the Museum of Contemporary Art, Los Angeles. Since then, new exhibitions of the Gay Semiotics series and a reprint of the corresponding 1978 monograph have renewed interest in his art and generated numerous articles, interviews, and reviews. His latest title, Hal Fischer: The Gay Seventies (Gallery 16 Editions), is available now.