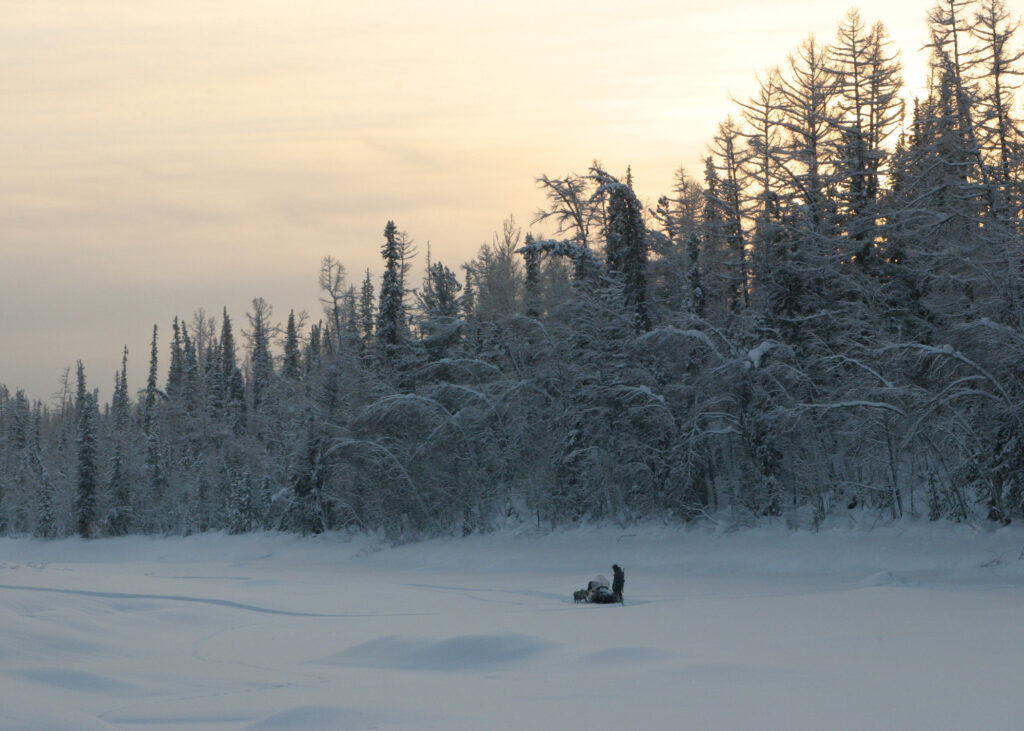 Happy People: A Year in the Taiga

“Herzog came on board as a co-director only after all of this arresting documentary’s footage of life in Siberia had been captured. The story goes that Herzog caught a glimpse of it at a neighbor’s house. Impressed by the subarctic landscapes, both spare and grand at once, and the not-quite-of-this-century life of the lead subject, the stoic trapper Gennady Soloviev, Herzog tracked down Dmitry Vasyukov, who shot the footage. Herzog’s offer: to take the four hours of finished film and cut a movie out of it.

“That’s not far from what the craftsmen Vasyukov has filmed do to Siberia’s trees: They laboriously fashion traps, canoes, skis, and even repellent for the mosquitoes that percolate about each body in the summer like hiccup bubbles around comic strip drunks. Vasyukov accepted, and here we have Werner Herzog and Dmitry Vasyukov’s Happy People.” — Alan Scherstuhl, The Village Voice