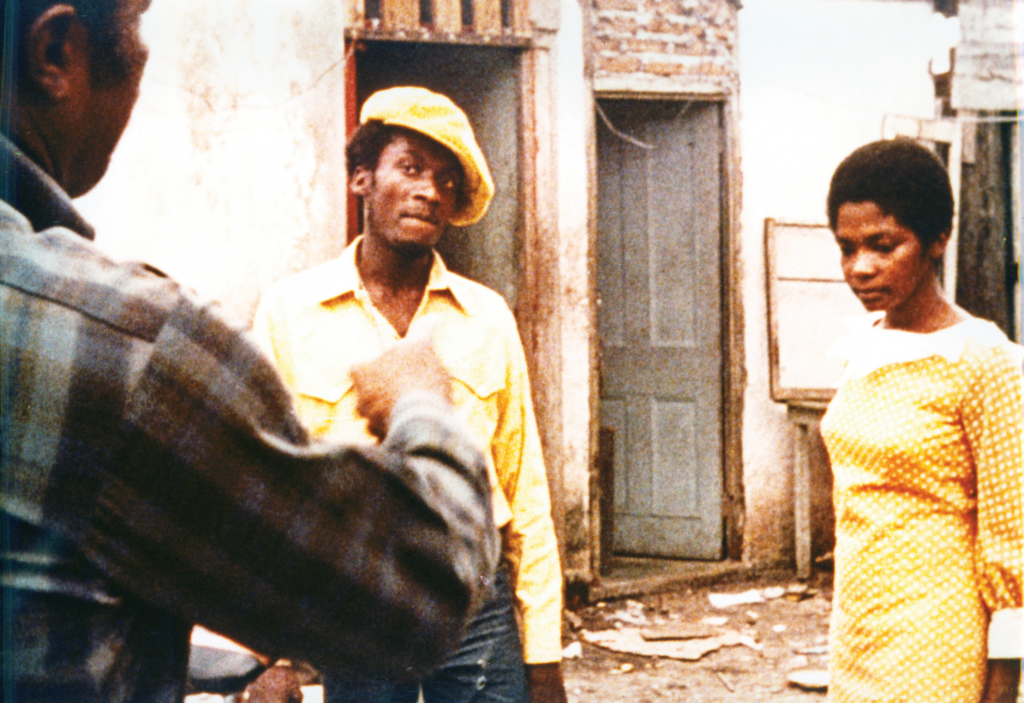 The Harder They Come

“Reggae superstar Jimmy Cliff is Ivan, a rural Jamaican musician who journeys to the city of Kingston in search of fame and fortune. Pushed to desperate circumstances by shady record producers and corrupt cops, he finally achieves notoriety — as a murderous outlaw. Boasting some of the greatest music ever produced in Jamaica, The Harder They Come brought the catchy and subversive rhythms of the Rastas to the U.S. in the early 1970s.”
— Criterion.com

“The Harder They Come perfectly reflected the political climate of the times, when similar forms of anti-government movements were sweeping America and the world. Audiences were ready to identify with a film about a hero who would ‘rather be a free man in my grave/than living as a puppet or a slave.’ Especially if you could dance to it.”
— Michael Dare, Criterion.com