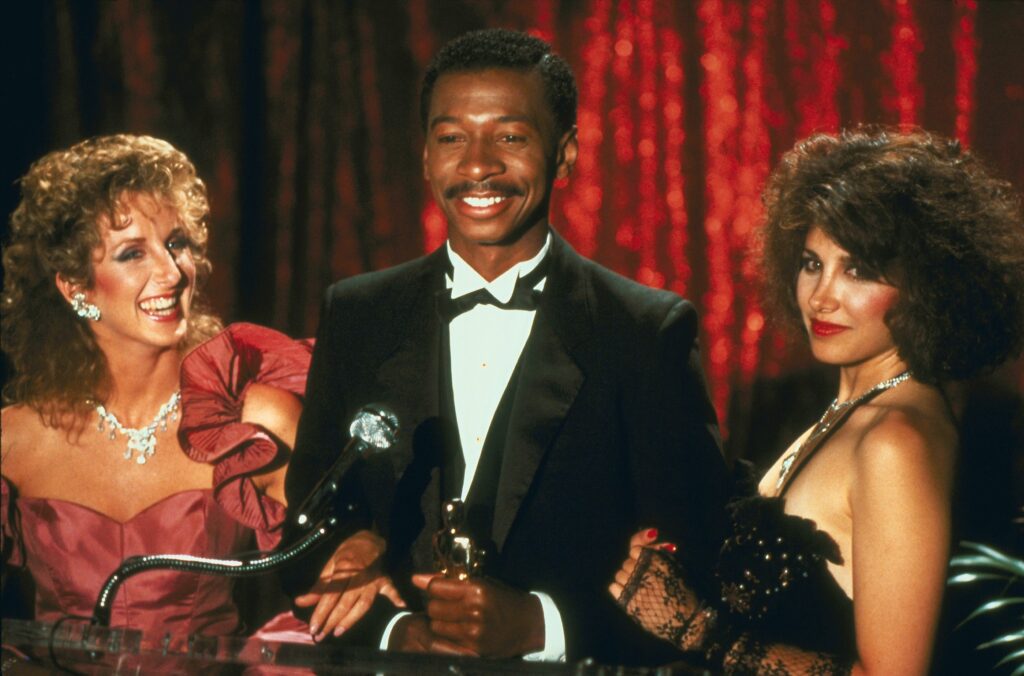 “Robert Townsend and Keenen Ivory Wayans are true pioneers and godfathers of American Independent Cinema. The New York Times’ critic Janet Maslin called their film Hollywood Shuffle ‘exuberant satire,’ and accurately noted its ‘reality-minded humor.’ That’s a remarkable achievement considering that the film is remembered not only for its breakthrough critique of the entertainment industry’s stereotyping of African Americans, but also for its free-wheeling sketch comedy structure that feels fresh and original while also bringing to mind The Secret Life of Walter Mitty (Norman Z. McLeod, 1947), the films of Preston Sturges, and the early work of Woody Allen.”

Leila Weefur is an artist and writer from Oakland, CA. Weefur received an MFA from Mills College in 2016. With a multidisciplinary practice, she tackles the complexities of phenomenological Blackness through video installation, printmaking, and lecture-performances. Weefur has exhibited her work in local and national galleries and he is the Audio/Video, Editor In Chief at Art Practical and the co-director of The Black Aesthetic.