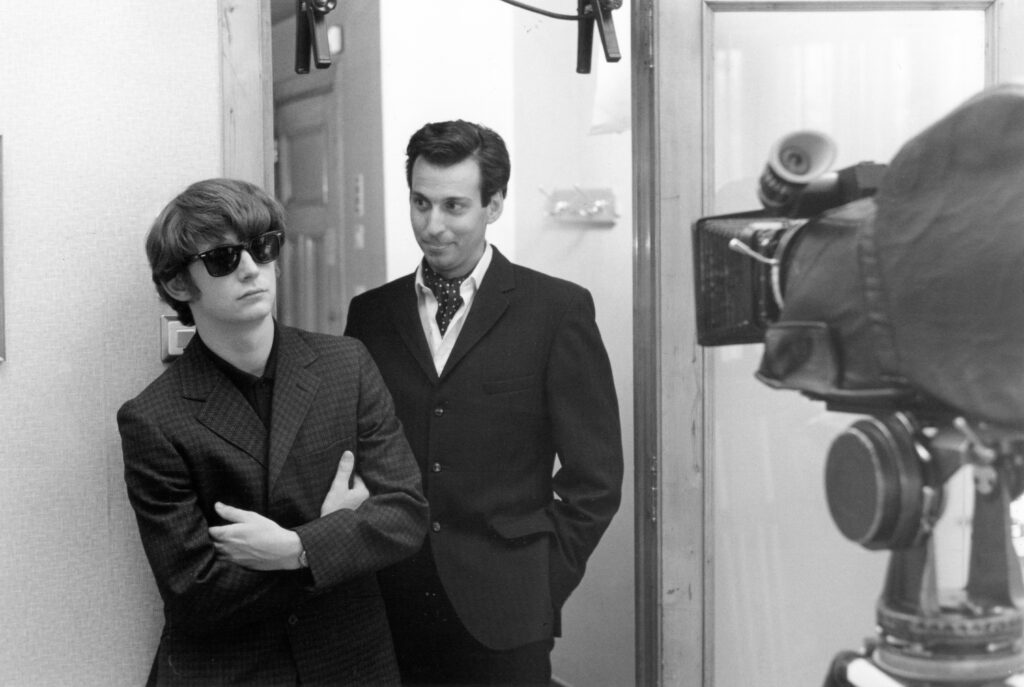 The Hours and Times

“In the spring of 1963, John Lennon allowed Brian Epstein to take him away for four days in Barcelona. It was a chance for John to recharge his batteries. Also, Epstein was gay. Münch’s film is a speculative fiction, based on these facts but with no pretense at Albert Goldman-style faction. Instead, he presents a lively, subtle conversation piece, an intimate dialogue between two very different men.”
— Time Out

“The Hours and Times is shot in stark black-and-white, and is also absent the color of familiar Beatles tunes. The music that does crop up seems appropriate to Münch’s intentions: a Catalan folk song, some flamenco guitar, Bach’s Goldberg Variations. The Beatles never intrude; this is the story of a fragile friendship at an emotional crossroads, and it’s portrayed with a subtlety and sensitivity that’s rare and refreshing.”
— The Washington Post