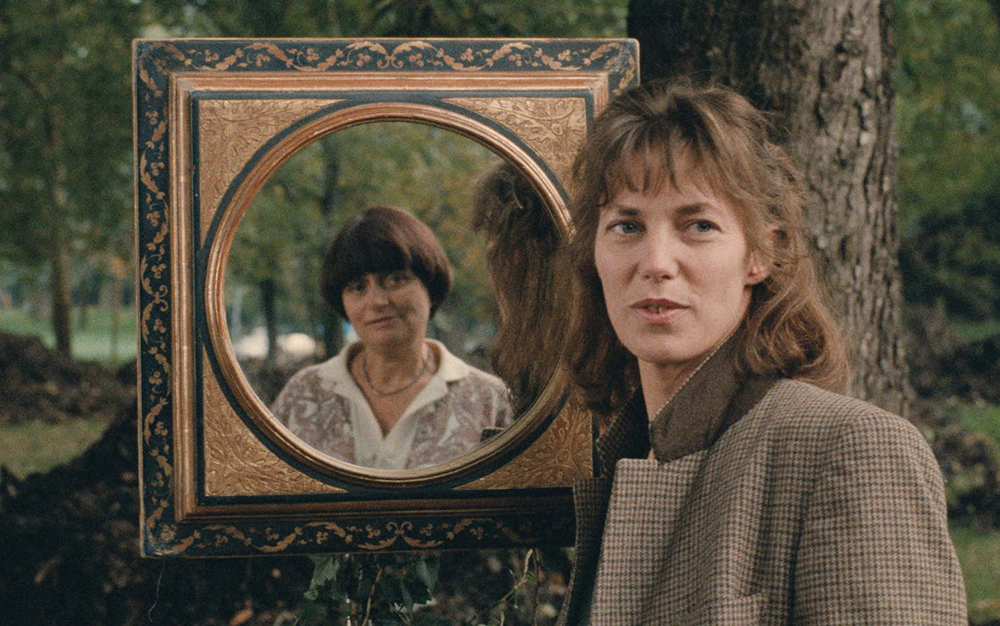 In this fanciful cinematic biography of the iconic French actress, singer, and model Jane Birkin, Varda plays on the idea of the portrait in film. Although her medium is the moving image, Varda is never far from her love of photography. She composes stunning tableaux vivants based on works by old masters; films Birkin as she reflects on photographs from her personal and professional history; and lingers over photographic moments in the film that give context to the narrative ― for example, the contents of Birkin’s two purses spilled over the steps of a courtyard with the Eiffel Tower in the background. “Find anything out after seeing what’s in the bag?” asks Birkin. “When you show it all, you reveal very little.”

These beautiful images, framed by dialogue between Varda and Birkin and a luscious soundtrack, create a sense of intimacy and an increasing sense of enigma. Varda blurs the lines between fact and fairytale and, by the end of this gorgeous documentary, leaves her audience with more questions than answers.