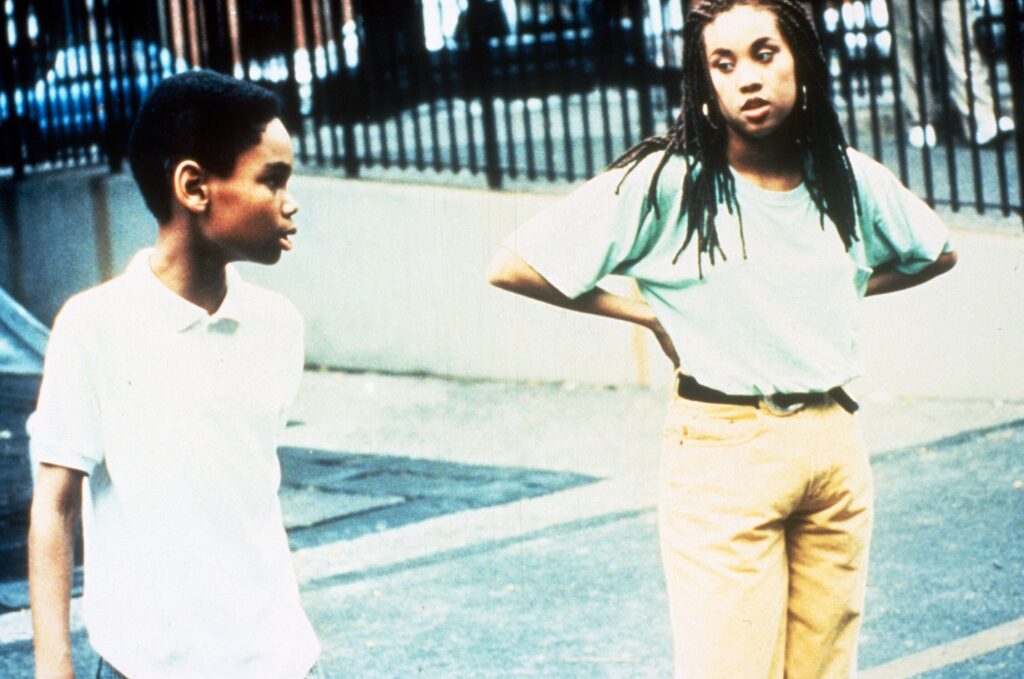 Leslie Harris, Just Another Girl on the I.R.T., 1992 (still); photo: courtesy of Photofest

Just Another Girl on the I.R.T.

“Chantel is a seventeen-year-old Brooklynite who is
beautiful, smart, popular, and absolutely full of attitude. Like most girls her
age, she wants it all and is determined to get it…Midway through the film,
her joy ride takes a turn for what appears to be the worse, but she reacts to a
life-changing event not with introspection and remorse, but with denial,
narcissism, and renewed, well, attitude.”