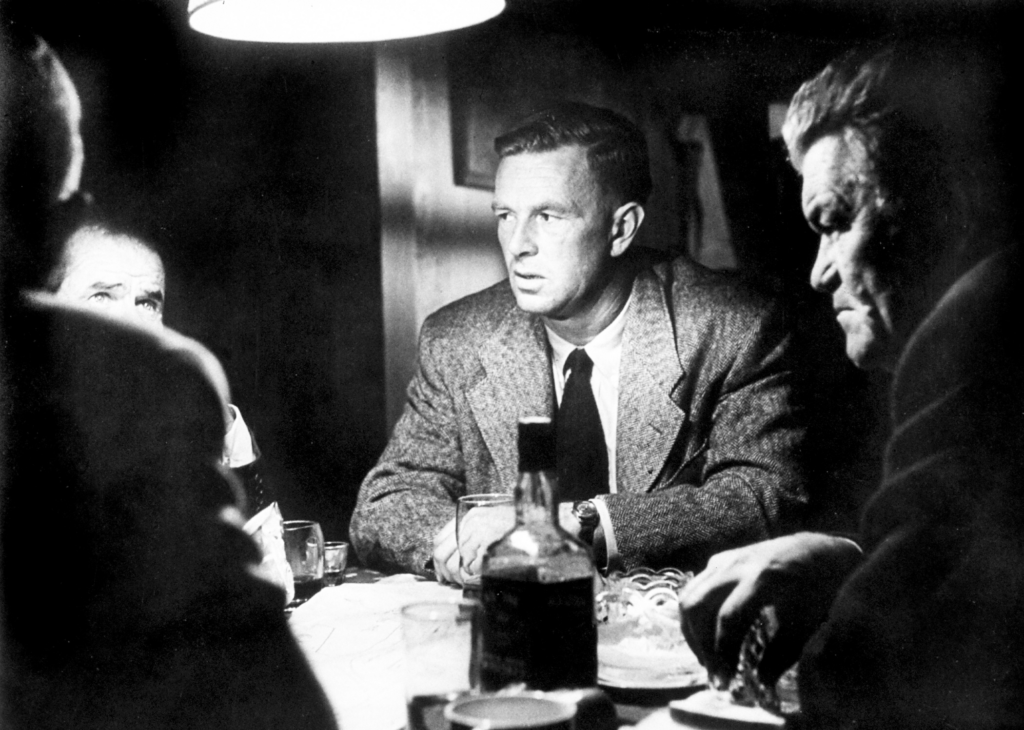 “Stanley Kubrick’s account of an ambitious racetrack robbery is one of Hollywood’s tautest, twistiest noirs. Aided by a radically time-shuffling narrative, razor-sharp dialogue from pulp novelist Jim Thompson, and a phenomenal cast of character actors, including Sterling Hayden, Coleen Gray, Timothy Carey, Elisha Cook Jr., and Marie Windsor, The Killing is both a jaunty thriller and a cold-blooded punch to the gut. And with its precise tracking shots and gratifying sense of irony, it’s Kubrick to the core.”
— Criterion.com

“Celebrated as Stanley Kubrick’s first mature film and made when he was only 28 years old, The Killing (1956) is remarkable for boldly announcing so many of the stylistic and thematic preoccupations that would become important constants of his cinema. The film’s dark, unrelenting irony and complexly fractured narrative immediately distinguished it from his previous work and revealed the posture of the willfully, often provocatively ‘difficult’ director that he would cultivate throughout his career.”
— Haden Guest, Criterion.com