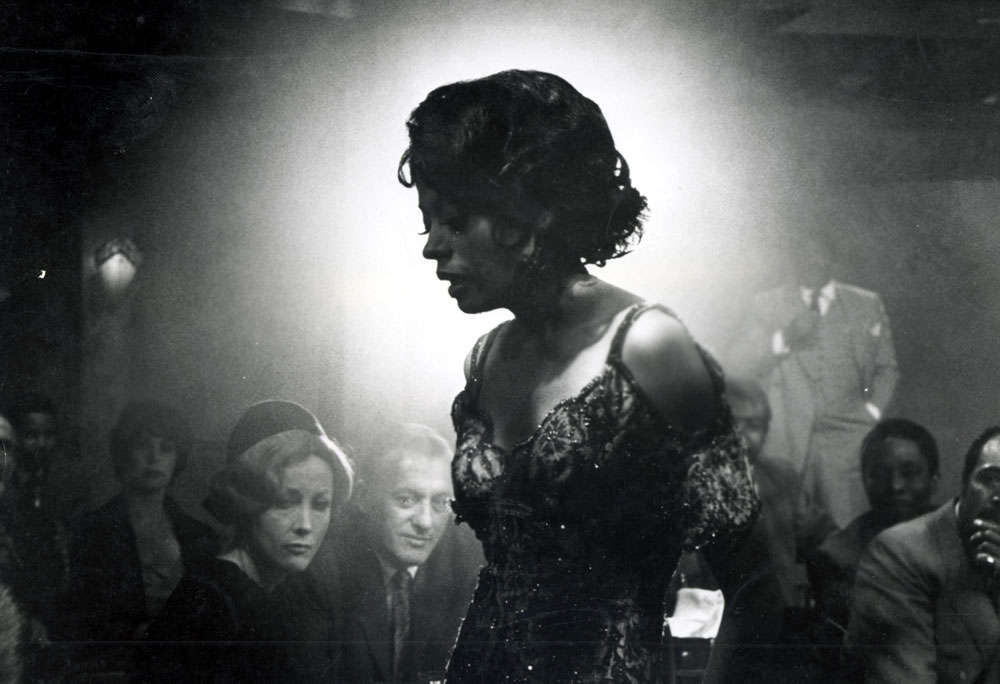 Two legends of American music collide in Sidney J. Furie’s Lady Sings the Blues. Motown icon Diana Ross plays jazz icon Billie Holiday in what Roger Ebert called “one of the great performances of 1972.” Fastidiously true to the biopic genre (less so to history), the film tells Holiday’s story with a gritty predictability: her childhood years of destitution, her unhappy love affairs, her struggles with drugs, her rise to fame, her fall, and her rise again. Diana Ross, who by 1972 had achieved worldwide fame as lead singer of the Supremes and as a solo artist, brought so much pathos to the part of Holiday that the New Pittsburg Courier described her performance as “absolute perfection.” Even Vincent Canby, who disliked the film as a whole, admitted that the musical numbers were “about as good as you can get, barring the real things.”

Lady Sings the Blues played at the Loew’s Victoria Theater the weekend of October 1, 1976.