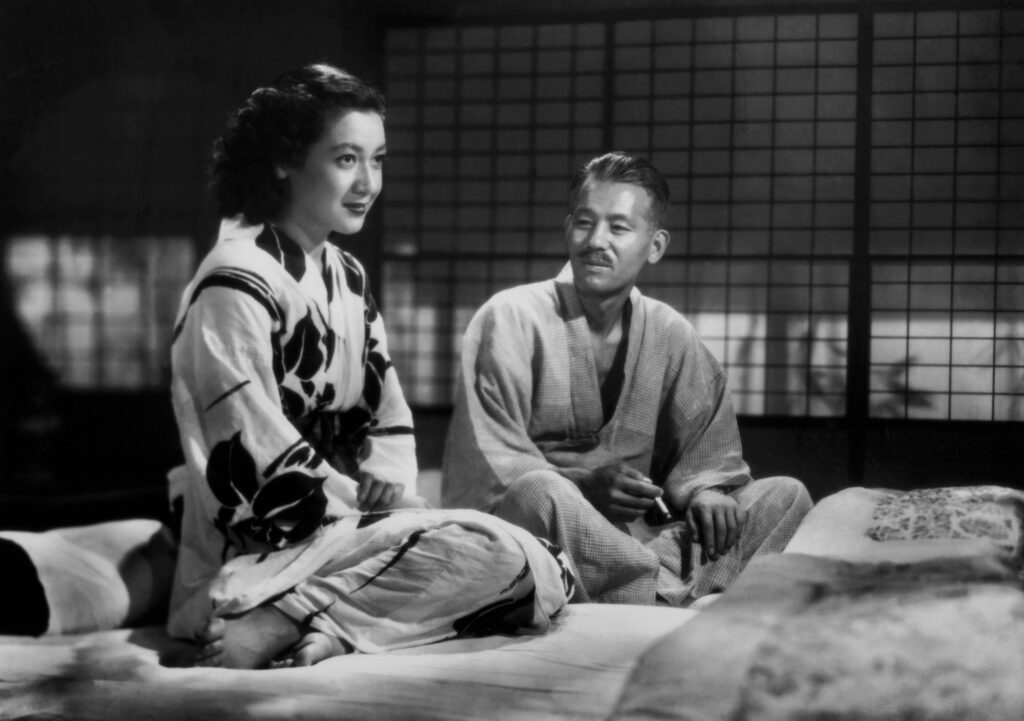 “Chishu Ryu, who appears in minor roles in most of Ozu’s earlier films, took his place in the later films as the director’s persona, with Setsuko Hara perhaps as the feminine counterpart. In Late Spring, a widowed father believes that his daughter spurns marriage in order to remain with him. This masterwork inspired Denis’s 35 Shots of Rum.”
— Judy Bloch, BAMPFA