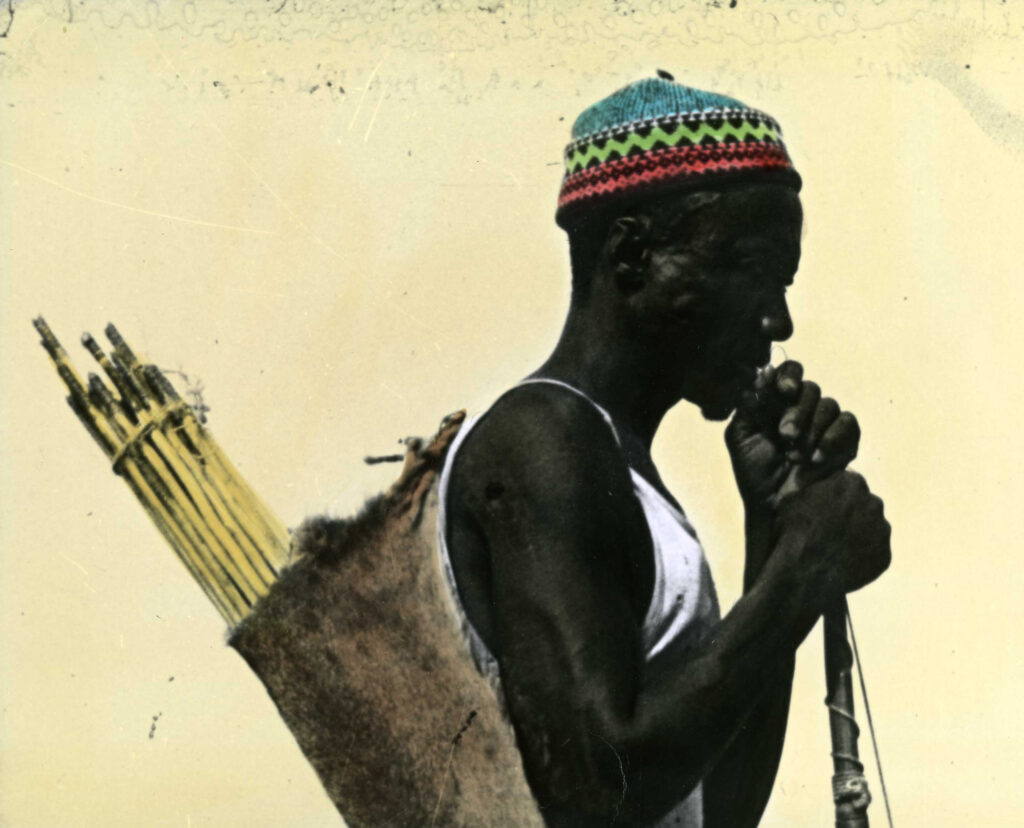 The Lion Hunters with The Mad Masters

Shot on the border between Niger and Mali over a period of seven years, The Lion Hunters documents the hunt performed by the gow hunters of the Songhay people, as well as the series of elaborate rituals that precede it. Anthropologist and documentarian Jean Rouch portrays the immediacy of the hunt, but also explores the complex social organization that underlies it, and the difficult questions entailed by its representation.

“The effort, the success, the masterpiece of Jean Rouch in The Lion Hunters stems from the long patience of a filmmaker who through his fascination took the time to wonder how, through its differences, reality has the right to enchant mind and eye.” — Sylvie Pierre, Cahiers du Cinéma

The Lion Hunters screens with The Mad Masters, an unsettling chronicle of the Hauka movement, a quasi-religious Nigerian sect in which the members enact rituals where they are “possessed” by various archetypes of European colonialists.