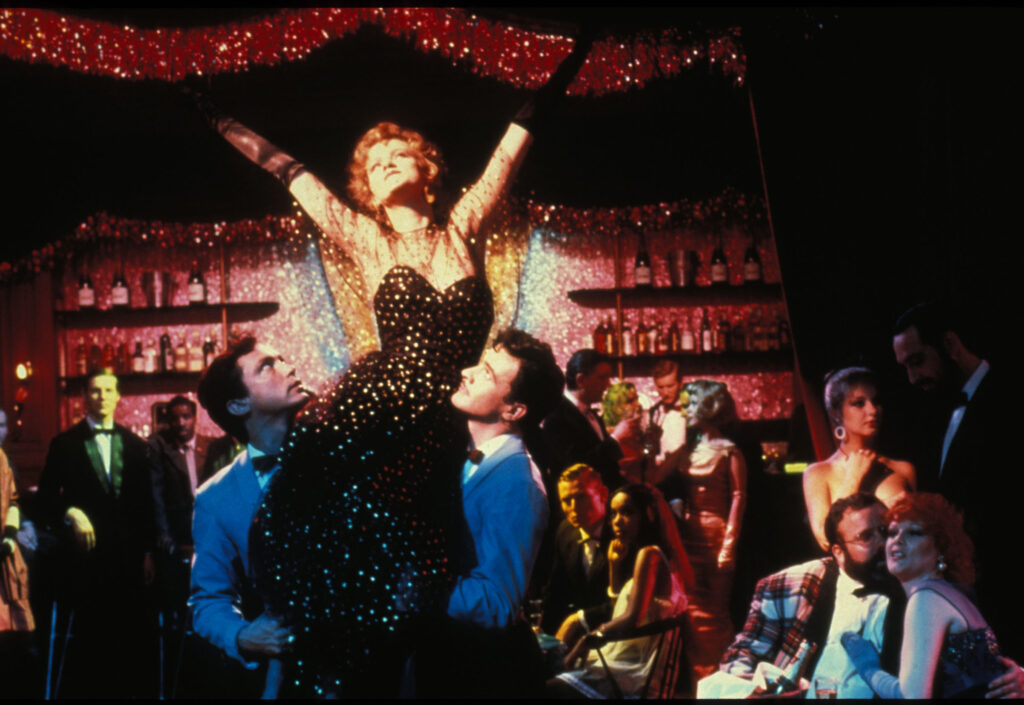 “Germany in the autumn of 1957: Lola, a seductive cabaret singer–prostitute (Barbara Sukowa) exults in her power as a temptress of men, but she wants out — she wants money, property, and love. Pitting a corrupt building contractor (Mario Adorf) against the new straight-arrow building commissioner (Armin Mueller-Stahl), Lola launches an outrageous plan to elevate herself in a world where everything, and everyone, is for sale. Shot in childlike candy colors, Fassbinder’s homage to Josef von Sternberg’s classic The Blue Angel stands as a satiric tribute to capitalism.”
— Criterion.com

“Despite the cold, abstract visuals — Sirk’s colors and Sternberg’s clutter — the film is one of Fassbinder’s warmest, with a close, affectionate direction of actors unlike anything he’d ever attempted.”
— Dave Kehr, The Chicago Reader