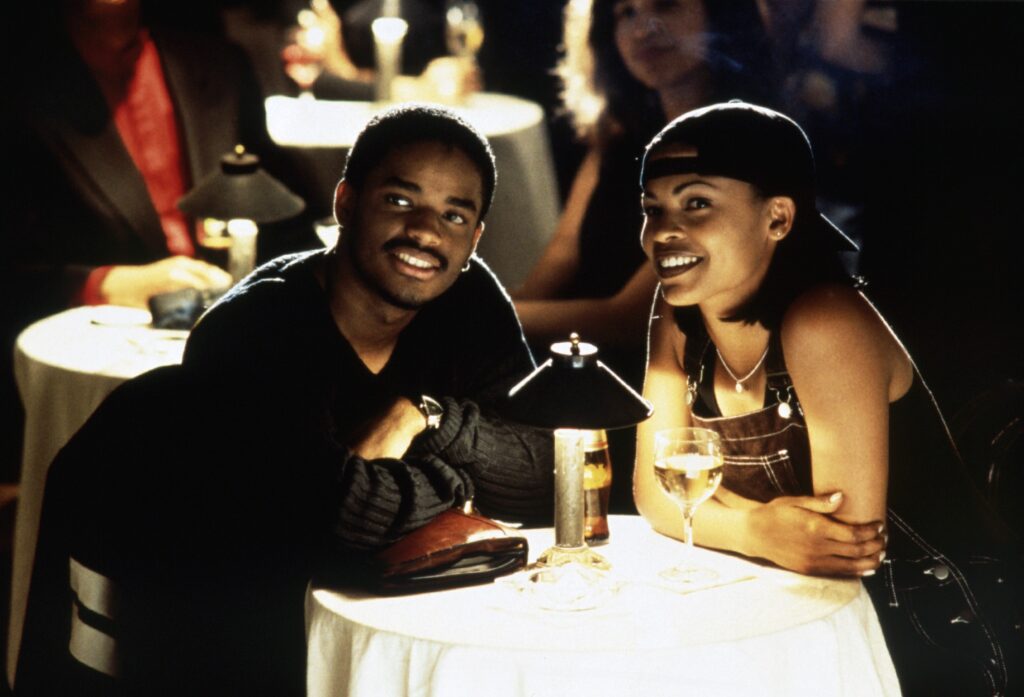 “Free of stereotypes and sexism, this refreshingly
mature romance by Columbia College Chicago graduate Theodore Witcher uses Hyde
Park and Wicker Park locations (plus a gorgeously misty Buckingham Fountain) to
tell the story of a writer (Larenz Tate) and a photographer (Nia Long) who meet
over a cup of verse at a beat poetry bar and then find that going to bed is
easier than sustaining a relationship.”