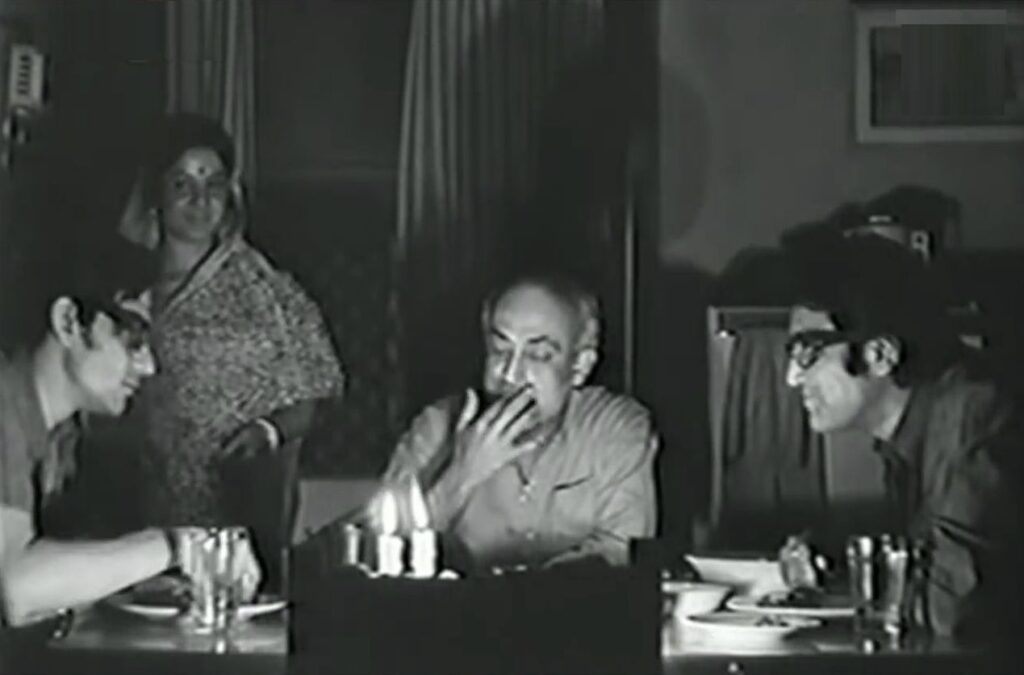 “‘Calcutta is love and hate with me,’ Satyajit Ray once commented. ‘I have roots here. It can be a depressing place, but it’s vital.’ The Middleman, a black comedy, is a portrait of corruption born of chaos, and vice versa. Shot in the early days of Indira Gandhi’s ‘emergency rule,’ it describes a Calcutta of rampant unemployment, declining basic services…and politically inspired violence. Into this setting moves Ray’s protagonist, Somnath Bannerji, a hopeful young man of good (Brahmin) breeding who finds himself desperately struggling to reach the top. But, this being Calcutta, Somnath reaches only the middle, and ‘middleman’ is Bengali slang for ‘pimp.’” — BAMPFA