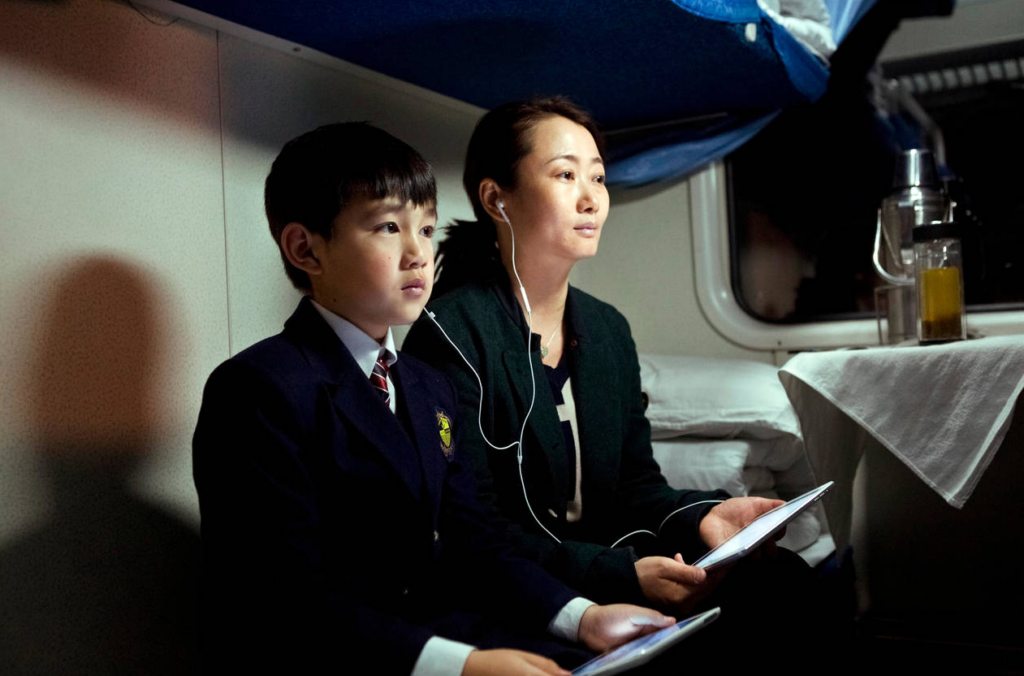 “With audacious leaps of time and intimate echoes spanning a quarter century of intertwined lives, the director Jia Zhangke endows this romantic melodrama with vast geopolitical import. In 2000, in the city of Fenyang (Jia’s hometown), Tao (Zhao Tao), a twenty-five-year-old shopkeeper, rejects Liangzi (Liang Jin Dong), a laborer whom she loves, to marry Jinsheng (Zhang Yi), a wealthy young businessman. (When the couple has a son, Jinsheng ominously names him Dollar.) In 2014, Liangzi is dying of cancer and can’t pay for treatment; his wife asks Tao (who has divorced Jinsheng) for a loan. At the same time, Jinsheng buys a house in Melbourne and plans to move there with Dollar. That’s where the last part of the film — set in 2025 — takes place. The teenage Dollar, an Anglicized and alienated college student, begins a surprising love affair that causes him to face his memories of China. Jia films these interlocking stories and their diverse tributaries with a bare and restrained simplicity that contains his many levels of rueful outrage. Incidental touches, ranging from music and food to industrial catastrophes and looming violence, evoke a nation out of joint and its lost generations to come. In Mandarin and English.” (Richard Brody, New Yorker)