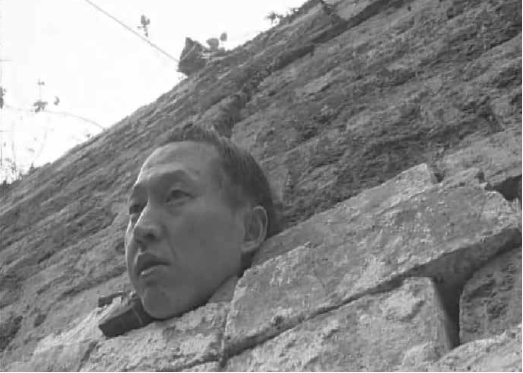 Tang Danhong, Nightingale, Not the Only Voice, 2000 (still)

Nightingale, Not the Only Voice follows the lives of three artists, including the film’s director, on their shared journey through real and psychological oppression to self-discovery. Tang Danhong examines her past—particularly her relationship with her parents—and looks at the painful, formative moments that inform her current psychological state, her life, and her art.

I made this film in the year 2000. Amid rampant commercialization, there were hints of redemption, rebirth, and new life. It is my aim to channel the voiceless suffering, documenting tormented everyday lives at the turn of the century. –Tang Danhong, director

In this film, Tang Danhong explores the obstacles inherent to the artistic expression of one’s inner world. As the three artists wrestle with one another’s claims on truth, the question remains whether their work dispels the inner crises they face or simply provides another version of reality. Even exchanges between Tang and her parents are problematic; her father no longer recalls the things she remembers from her childhood, things that influenced her entire life. Tang’s film is quite distinctive in how she explores individual psychology. –Ai Weiwei