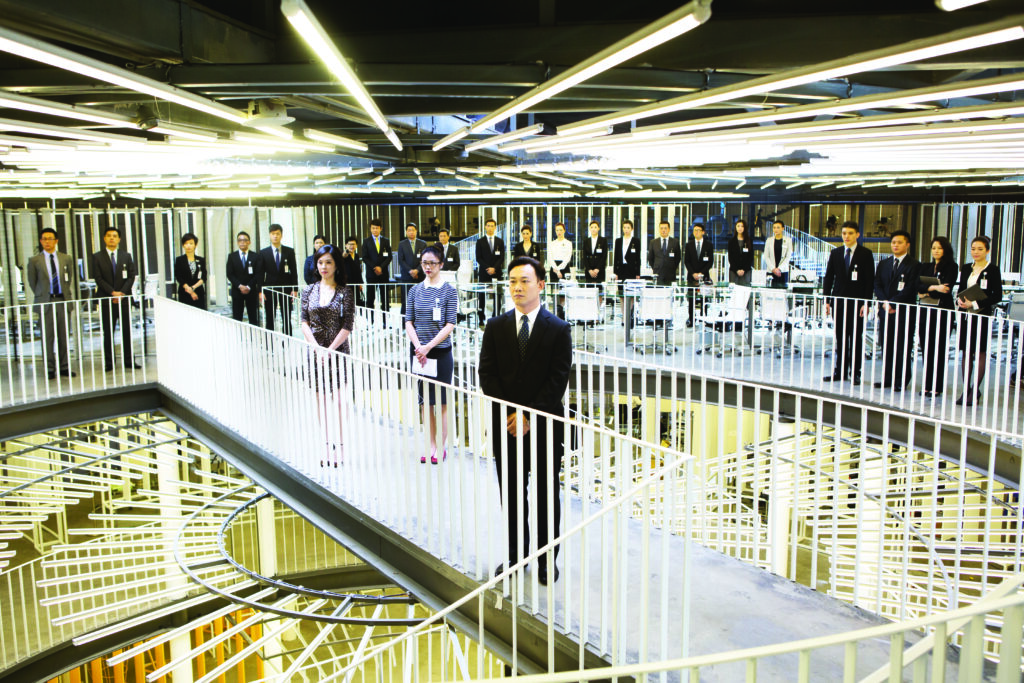 Best known for his action and melodramatic extravaganzas, To expands his genre repertoire with this musical about corporate corruption and intrigue featuring superstars Chow Yun-fat and Sylvia Chang. Adapted from Ms. Chang’s hit stage play Design for Living, Johnnie To’s Office is set amidst the initial public offering on a billion-dollar company in the wake of the global financial collapse of 2008. With witty and flashy musical interludes and an attractive array of characters, Johnnie To’s Office entertains while presenting a timely critique of corporate capitalism and posing deeper questions about the status of wealth and labor.

“With his flair for elaborate choreography and sinuous camerawork, it was only a matter of time before that Hong Kong genre mix-master Johnnie To got around to directing a full-blown musical. And he’s pulled it off with unsurprising élan in Office, a sparkling, visually inventive romp through the executive suites of a Chinese financial company immediately before and after the 2008 global financial crisis.”
— Justin Chang, Variety