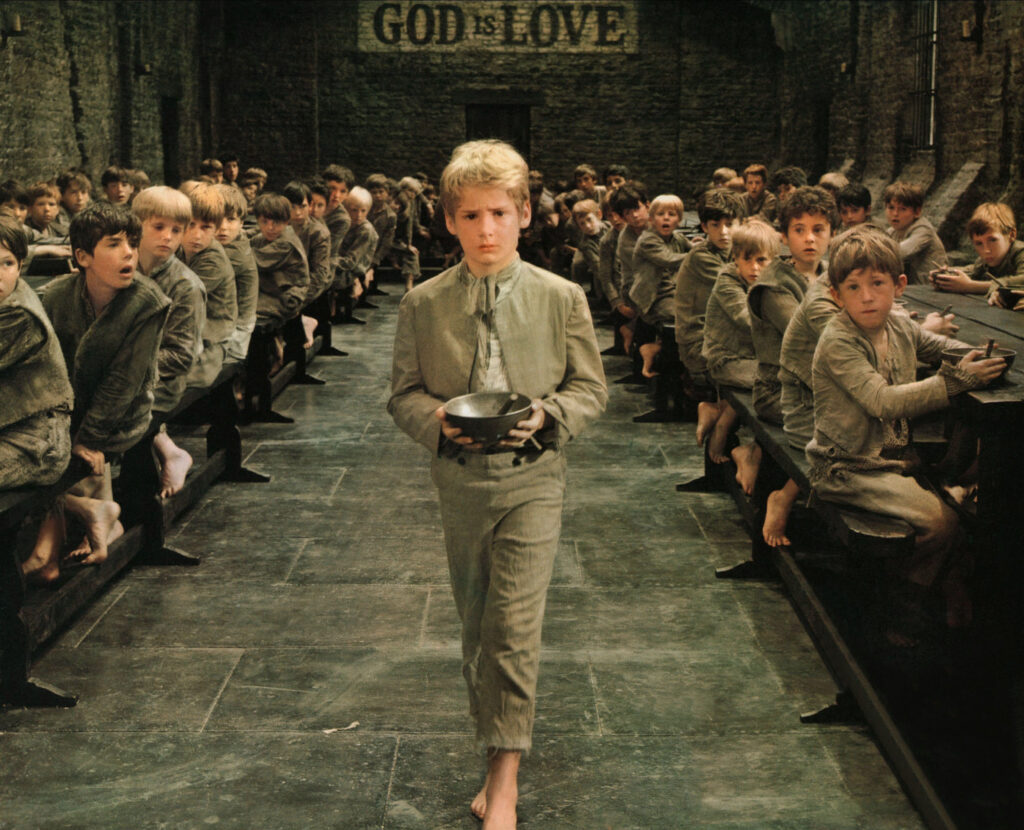 This Oscar-winning musical version of the stage play is based on Charles Dickens’ classic tale about a lonely workhouse orphan who ends up on the cold streets of London, where he falls under the wing of petty crook Fagin and his gang of young backstreet thieves. Ron Moody brings a wealth of wit and wisdom to the role of Fagin, while Oliver Reed brings a dark brooding menace to the part of Bill Sikes. The film collected six Oscars, including best picture and best director. The film features many iconic songs, including “Food, Glorious Food,” “Consider Yourself,” “As Long as He Needs Me,” and “You’ve Got to Pick a Pocket or Two.”

“Sir Carol Reed’s Oliver! is a treasure of a movie. It is very nearly universal entertainment, one of those rare films like The Wizard of Oz that appeals in many ways to all sorts of people. It [is] immediately exciting to the children, I think, because of the story and the unforgettable Dickens characters. Adults like it for the sweep and zest of its production. And as a work of popular art, it will stand the test of time. It is as well-made as a film can be.”
— Roger Ebert