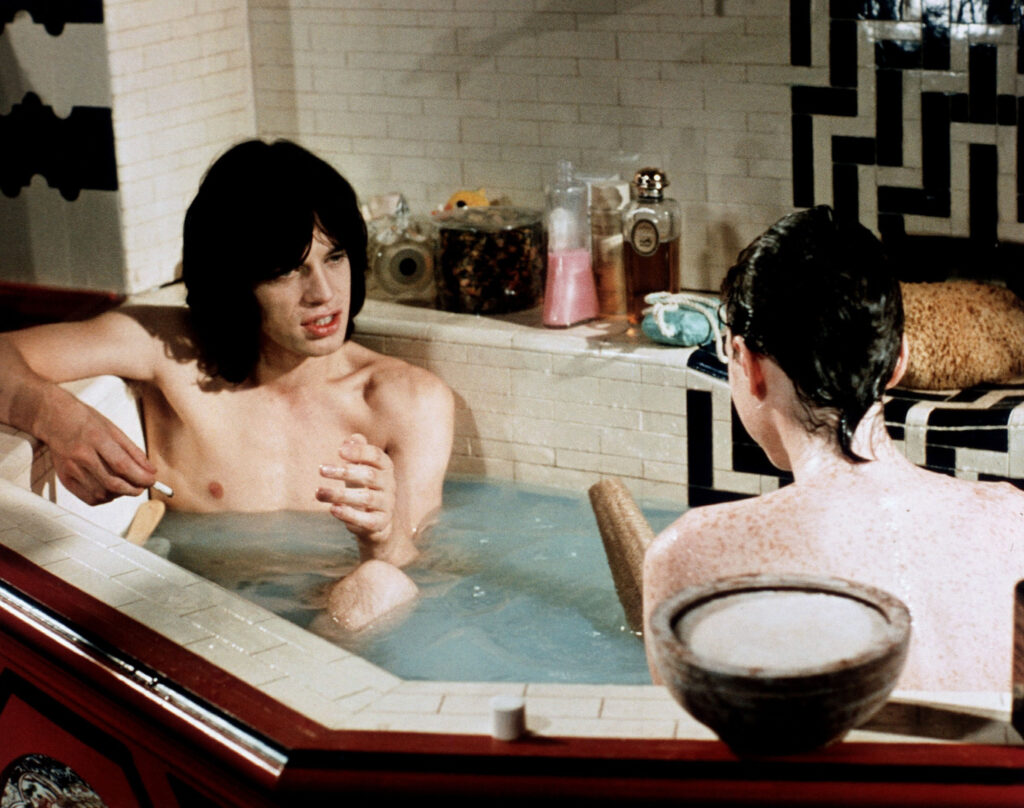 “The manic, disjunctive editing rhythms that distinguish this devilish late-’60s psychological drama shocked viewers in 1970 nearly as much as did the film’s subject: the strange, tense cohabitation of a London gangster (James Fox) with a self-medicating pop star (Mick Jagger) and his two steady female companions (Anita Pallenberg and Michele Breton). With its fractured narrative logic and polymorphous sexual dynamics, the film would become a key reference point for glam movies as early as Roeg’s own The Man Who Fell to Earth and as late as Haynes’s Velvet Goldmine.”
— Film Society of Lincoln Center

“Roeg’s debut as a director is a virtuoso juggling act which manipulates its visual and verbal imagery so cunningly that the borderline between reality and fantasy is gradually eliminated.”
— Time Out

“Mick Jagger? In a Brit gangster classic? Believe it. And believe that Performance is much, much more. Uncorked in 1970, it’s a shocking crime thriller, a time-capsule of Swinging ’60s London, and a fizzy intellectual headtrip all whisked into one astonishing film.”
— Time Out