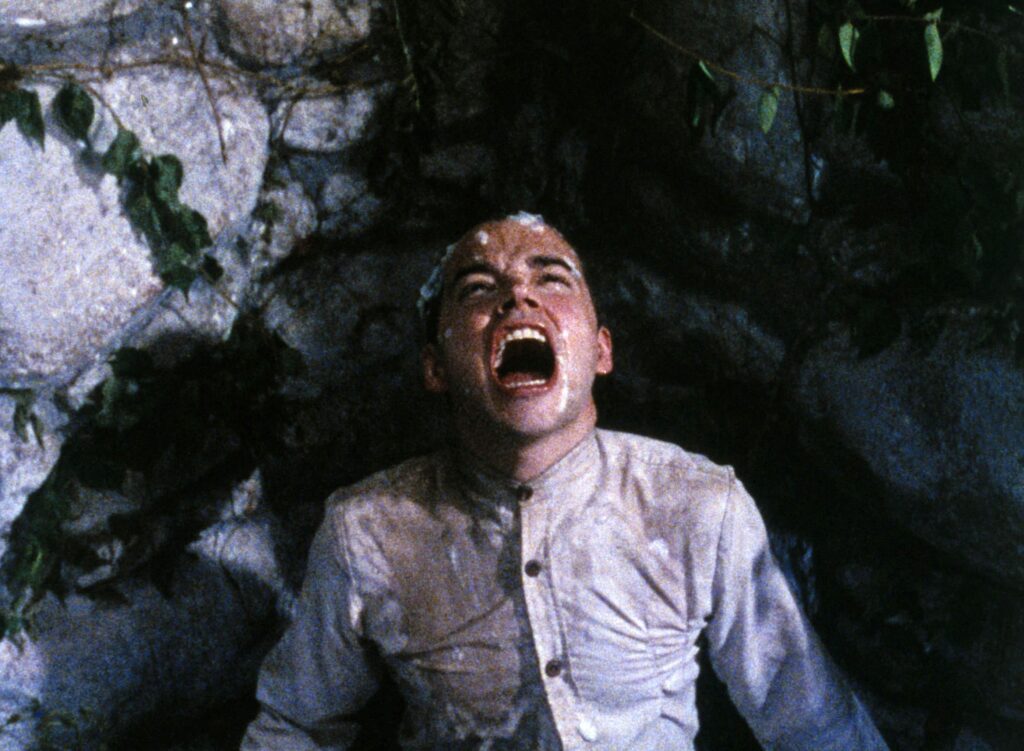 “None of Haynes’s films have been so instantly, visibly influential as his groundbreaking feature debut: an intercut trio of explicitly gay-themed stories shot in a grab bag of styles, loosely inspired by the writings of Jean Genet, and saturated with the furious, death-haunted, theory-mad atmosphere of early-’90s LGBTQ culture. A true-crime short in which a Long Island boy takes revenge on his domineering father; a sci-fi nightmare filmed in what Haynes called ‘dank, cheesy’ black and white; a prison love story that unfolds in blazing color: Poison almost single-handedly launched what came to be called the New Queer Cinema — but only after having weathered the pornography charges it came under by right-wing watchdog groups sight unseen. The film was full of sound and fury, but it signified much more.”
— Film Society of Lincoln Center

“[Poison] really spoke a new language for me, in terms of moviemaking, but also in the way that it felt so immediately about gay life and culture in New York City at that exact moment. It made being a queer filmmaker something one could aspire to.”
— Ira Sachs