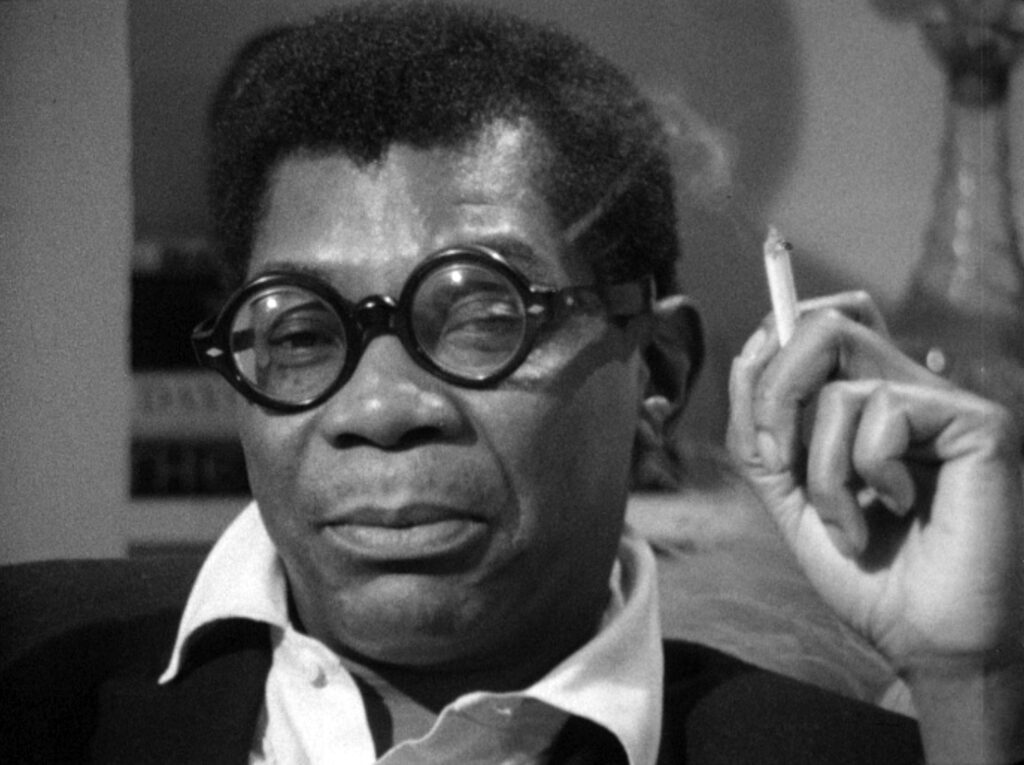 “…Portrait of Jason is a fascinating, moving depiction of Jason Holliday, an African American gay prostitute and aspiring nightclub performer. Filmed over twelve hours, from 9 p.m. to 9 a.m., in Clarke’s apartment, Holliday’s nonstop talking was interrupted only by the reloading of the camera. Clarke described it as ‘the first time I was able to give up my intense control and allow Jason and the camera to react to each other.’ As the sole person on screen, Jason ‘performs’ for the camera, improvising and impersonating, relating stories, confessing his sexual encounters, and ultimately revealing himself. It is a self that may or may not relate to the stories he has told, but which comes to ‘life’ before the camera.” — Kathy Geritz, BAMPFA

“The film is a conversation between two disadvantaged artists with indelible personalities, both of whom are unabashedly manipulating their way into at least the esoteric side of the everlasting.” — Joseph Jon Lanthier, Slant