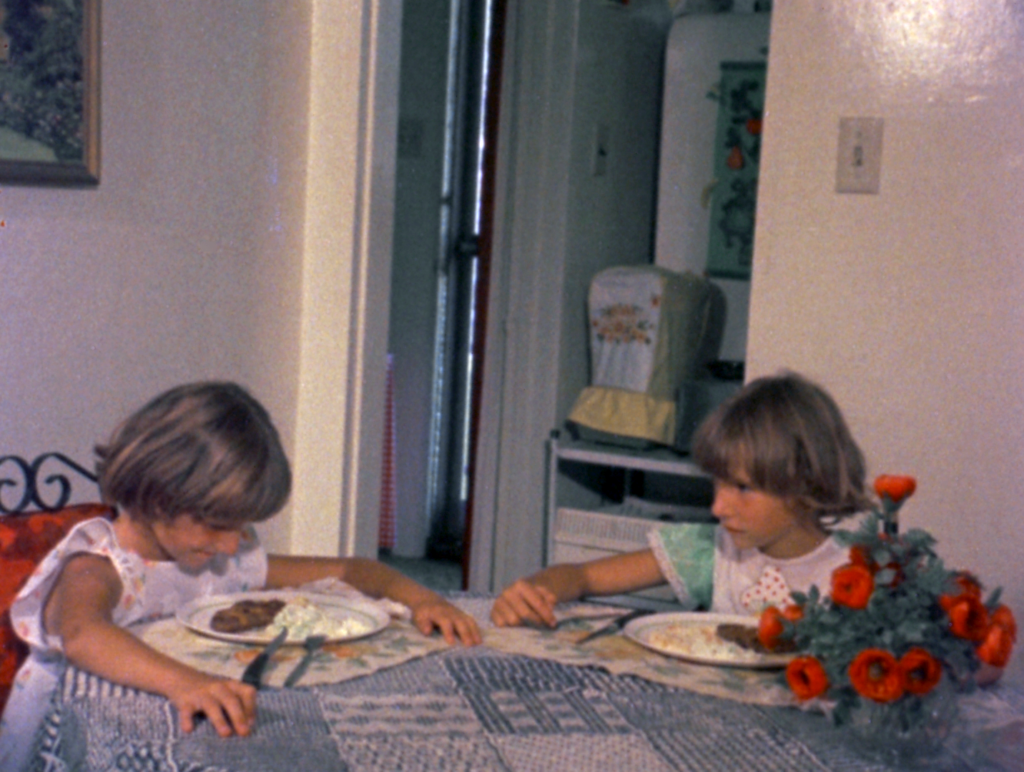 “Poto and Cabengo… refers to the unusual names that two little girls, the Kennedy twins, call one another. They had confounded their family by conversing with one another in their own language… Gorin’s explorations of the twins’ behavior and their family are the central dramas of this extraordinary documentary film. The mysteriousness of childhood and the innocence of the girls, who are shyly wondering why they are suddenly the focal points of outsiders’ attentions, become part of an ethnographic detective story. It leads the spectator into that imaginative world behind our world, which children see only for a time and only some grownups remember, but in silence.” — Albert Johnson, San Francisco International Film Festival