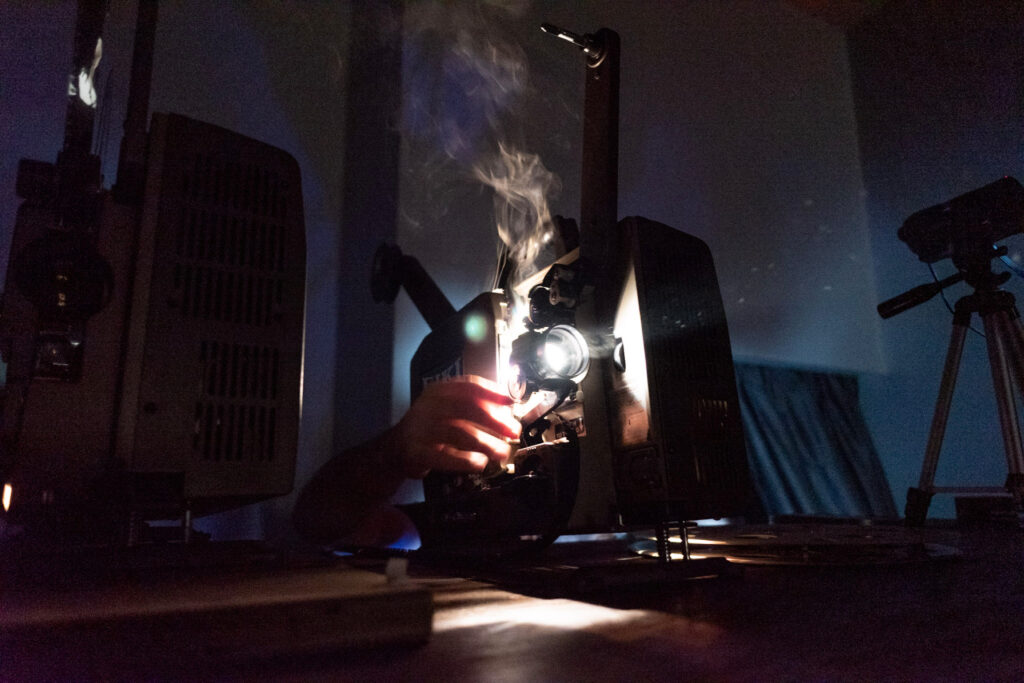 Michael A. Morris, A Chorus of Black Voids Sings In Rays of Unseeable Light, 2017

“… a video performance exploring the limits of the perceptual system, stimulating auditory and visual hallucinations through flicker phenomena and other effects with the goal of activating the brain as a pure ecstatic perceiver.” (Brent Coughenour)

A Chorus of Black Voids Sings In Rays of Unseeable Light | Michael A. Morris | 2017

“…an expanded cinema performance using 16mm film projection, analog/digital video interface, and custom software which examines the ontological differences and congruencies between media; a ritualistic experience of light and darkness.” (Michael A. Morris)

“…a meditative reflection on the psycho-spiritual body, defined as various intangible layers of vibrating energy that make up all living beings within and beyond the corporeal layers of flesh and bone.” (Kris Force)