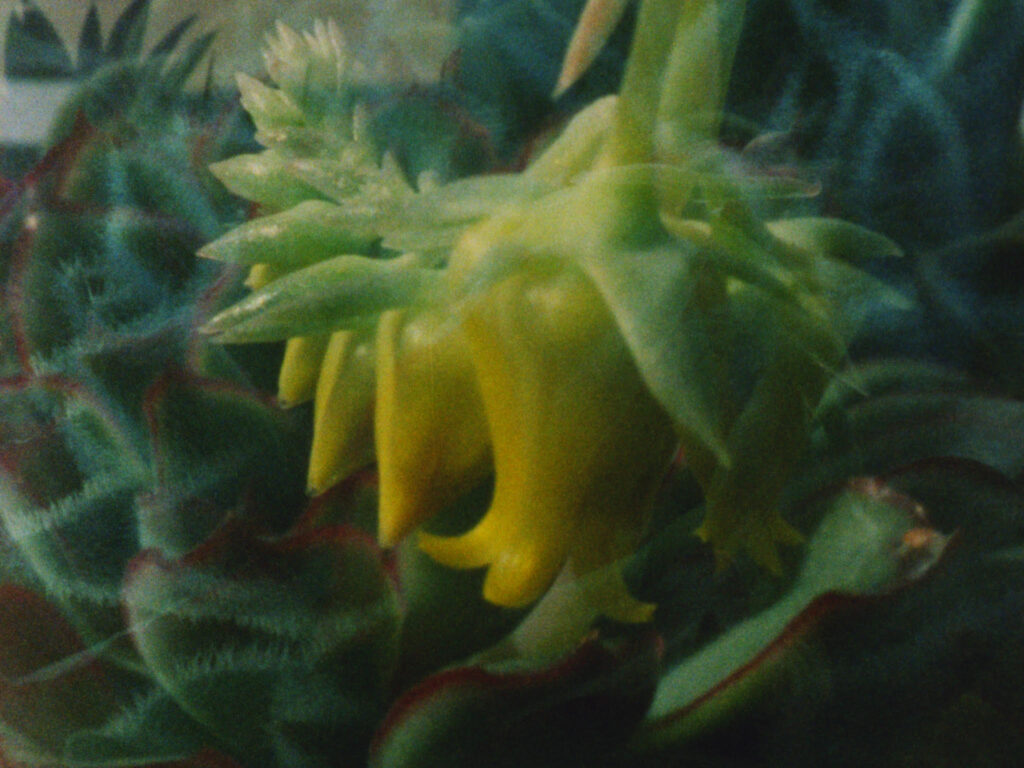 “Far-reaching and speculative video essays on digital archives, the 2011 Egyptian revolution, and the visuality of contemporary surveillance cap a program on landscape, space, and time in our technological and political moment. Considering magnetic desert ufology, exploring the lovely and lonely landscapes of local BART parking lots, and contemplating the aesthetics of Croatian military camouflage, these films ponder the place of humans in our mediated twenty-first century. Night vision cameras, binoculars, heat detectors, and drones have their own ways of seeing the world. The landscape appears flat. The drone knows. There are 360 points in a circle.”

“There are 360 points in a circle. My father tells me his theory of how to make a UFO using magnetism. The desert points without and within.” (Syd Staiti)

“A shifting in the light of the lot, where parked cars become containers for a collective estrangement.” (Zachary Epcar)

“Time-lapses of cacti and succulent over the course of a year. Environmental data drives the tone and filtration of the sounds while the rising and setting of the sun illuminates plant growth in and out phase with each other.” (Eric Stewart)

Those That Tremble as If They Were Mad | Salma Shamel | 2018

“A committee was formed by the Egyptian government in the wake of the 2011 revolution to assemble an archive of the recent past. After a series of unfortunate events, the committee was dissolved. Those That Tremble as If They Were Mad is a story of failure and relief, a story told through an ephemera of empty certificates, unsigned contracts, and uncelebrated witnesses.” (Salma Shamel)

“Night vision cameras, binoculars, heat detectors, and drones have their own ways of seeing the world. Waypoint, Follow, Orbit, Focus, Track, Pan tries to understand the mission of an unmanned aerial vehicle. How do drones perceive humans? What do drones mean for humanity? (eteam)