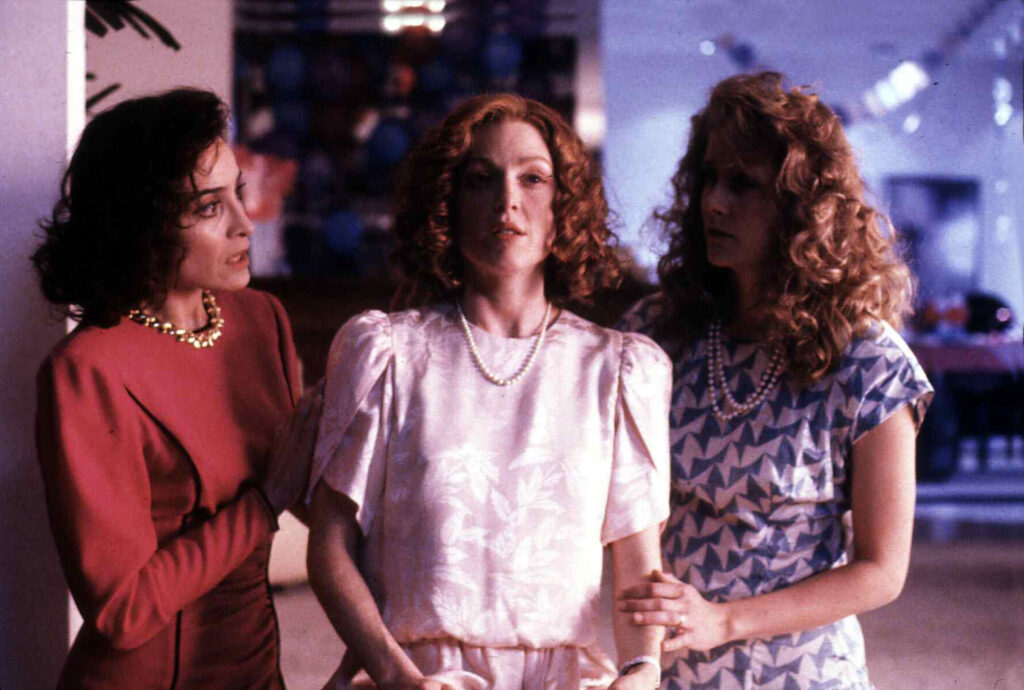 “Haynes shot his second feature in 1994, but he set it at the height of the AIDS epidemic seven years earlier. The unnamed disease at the center of this indelible, shuddering movie — widely considered one of Haynes’s masterpieces — has taken on new, unexpected meanings since the film’s release, and yet much of what makes Safe revelatory to watch is the uncanny precision of its setting, look, and tone. Carol (Julianne Moore), whose mysterious breakdown from perfect housewife to cloistered invalid drives the movie’s plot, couldn’t live anywhere but suburban L.A. in the late ’80s — a landscape Haynes captures in a strange, piercing, hyperreal light.”
— Film Society of Lincoln Center

“Part of what makes Todd Haynes’s Safe the most provocative American art film of the year so far [1995] — fascinating, troubling, scary, indelible — is that it can’t be entirely understood. The mystery and ambiguity missing from mainstream movies are all the more precious, magical, even sexy here, in a 35-millimeter feature employing professional actors set partly in the plusher suburban reaches of the San Fernando Valley.”
— Jonathan Rosenbaum