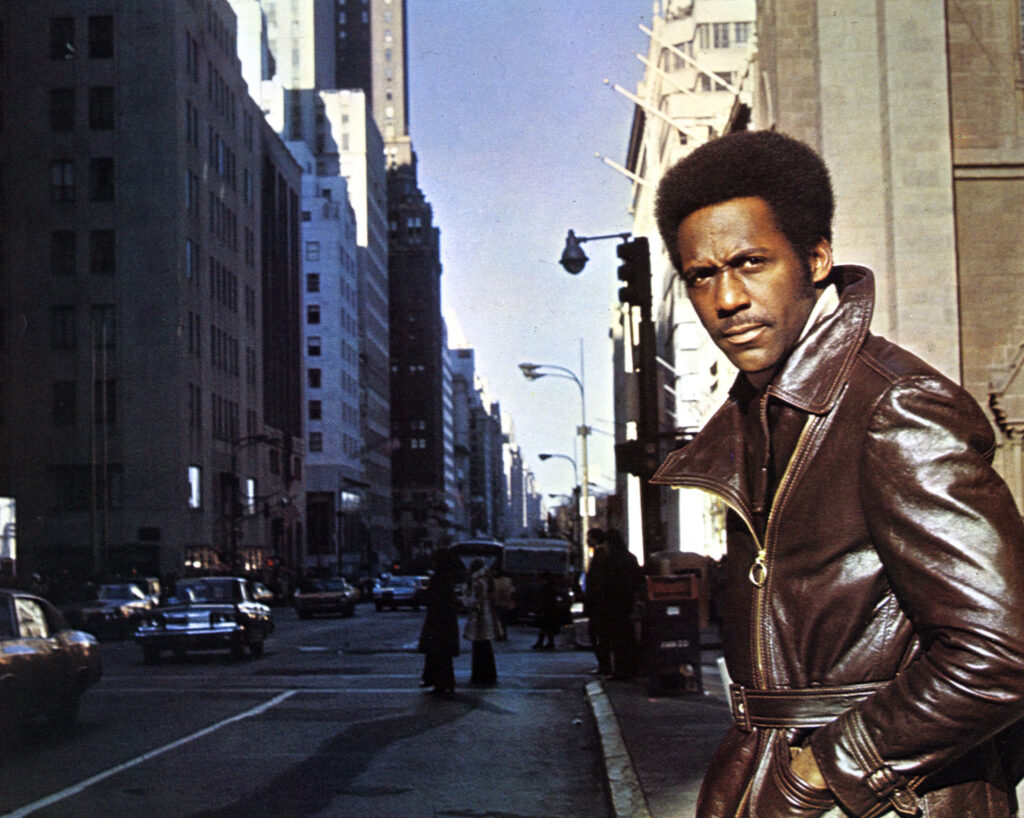 “Superbly directed by Gordon Parks (who makes a
Hitchcockian onscreen appearance),
Shaft was one of the seminal Black
dramas of the 1970s and is notable for its mesmerizing, Oscar-winning Isaac
Hayes score, seamless action sequences, the uniformly fine acting of the film’s
ensemble, and an absorbing script about the Mafia abduction of a Harlem mob
boss’s daughter. Richard Roundtree surprised the critics with his complex
portrayal of the confident Black private eye Shaft, capable of holding his own
with a white police detective, or going eyeball-to-eyeball with formidable
Harlem underworld king Bumpy Jonas.”