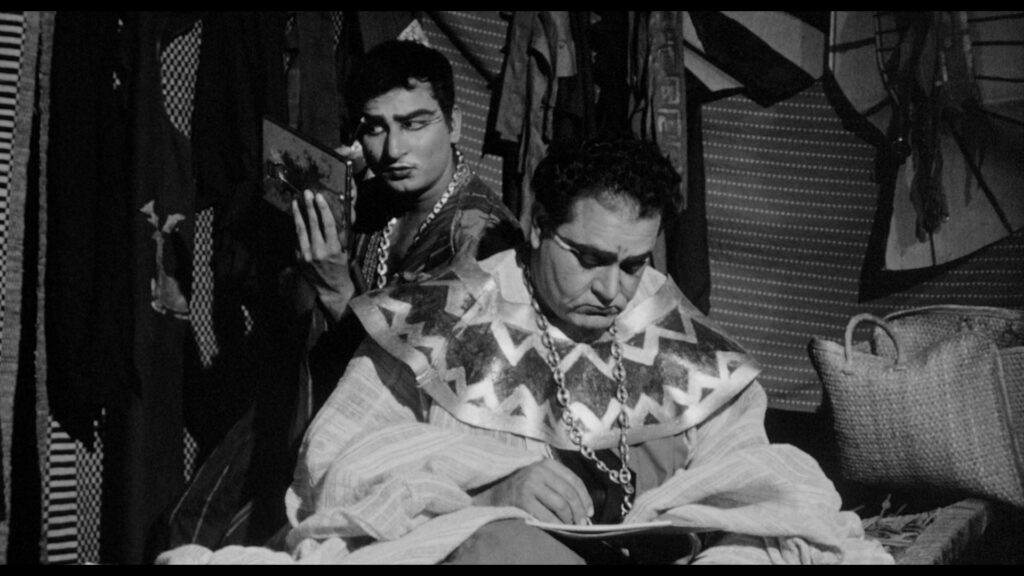 “Merchant Ivory cemented their partnership with [screenwriter Ruth Prawer] Jhabvala in a second feature, based in part on the diaries that actor Geoffrey Kendal kept while performing Shakespeare all across India. The action centers on a love triangle among Kendal’s daughter Felicity (as the theatrical troupe’s ingenue), Indian playboy Shashi Kapoor, and Bollywood star Madhur Jaffrey. The Merchant Ivory tenets of literate wit, heartbreak, and cultural collision are all front and center.” — Quad Cinema