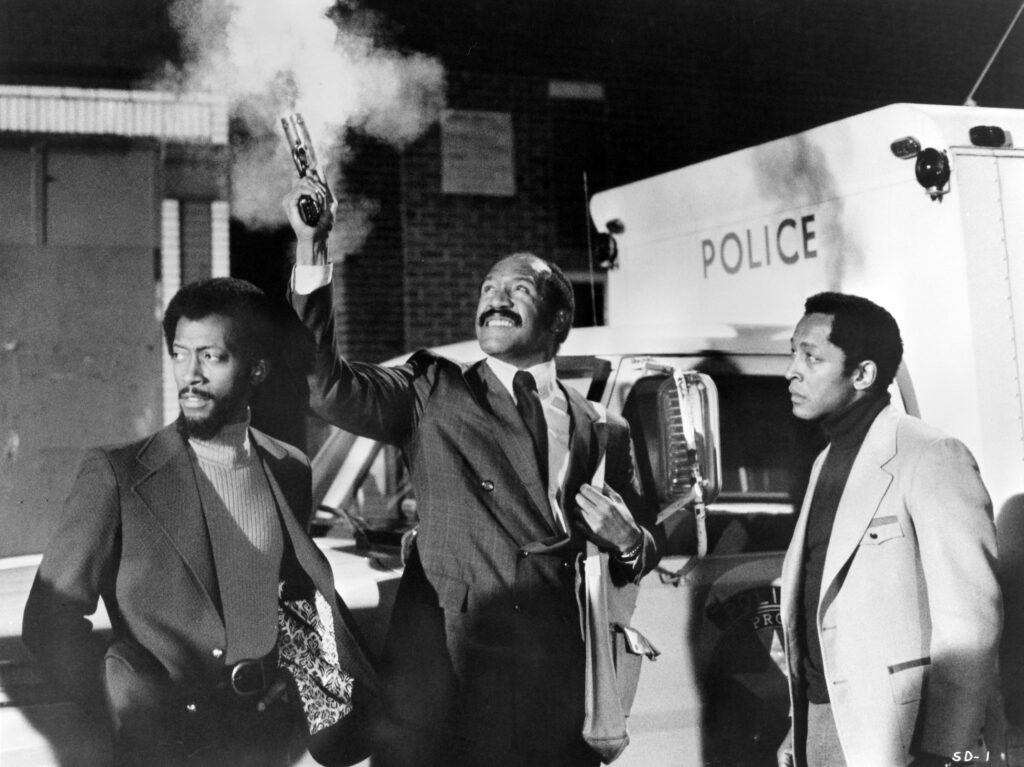 Ivan Dixon, The Spook Who Sat by the Door, 1973 (still); photo: courtesy Photofest

The Spook Who Sat by the Door

“Beginning with its provocative title, The Spook Who Sat by the Door is perhaps the most powerfully political look at U.S. race relations in the early 1970s to have received a theatrical release….[T]he film tells a credible tale of a Black CIA agent who rebels against his role as a racial token and uses his training in counterrevolutionary tactics to organize a guerrilla group in Chicago to fight racism. The story proved so controversial that United Artists was content to let [it] sink out of sight, although it did attract an avid following among scholars and fans of African American cinema.”