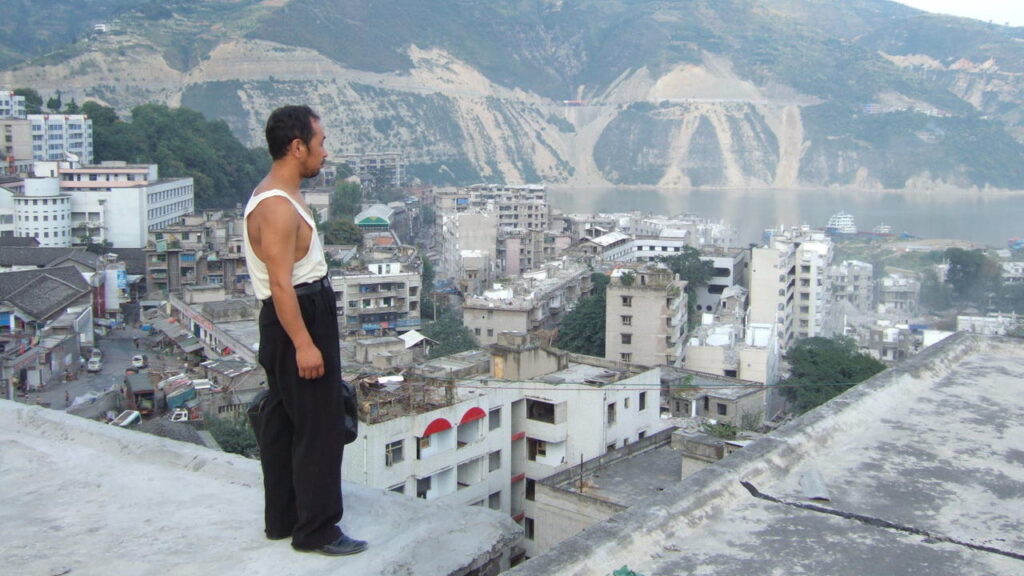 “Set to be submerged for the controversial Three Gorges Dam project, the 2000-year-old town of Fengjie proves an appropriate setting for Jia’s look at a China in the process of both construction and deconstruction. The film follows two stories: in one, a miner (Han Sanming) searches for his wife, while in the second a woman (Jia regular Zhao Tao) searches for her husband. Jia uses their wanderings to explore the city and its environments, his camera touchingly lingering on landscapes and people that are about to vanish or be displaced. A not-so-tough youngster who mimics Chow Yun-fat; a small boy with a beautiful voice; and shirtless miners and necktied yuppies all pass through a landscape literally marked ‘OK for Demolition.’ Winner of the Golden Lion at the Venice Film Festival, Still Life is both fiction and documentary; it’s now a historical document, as the old city is indeed under water.” (BAMPFA).