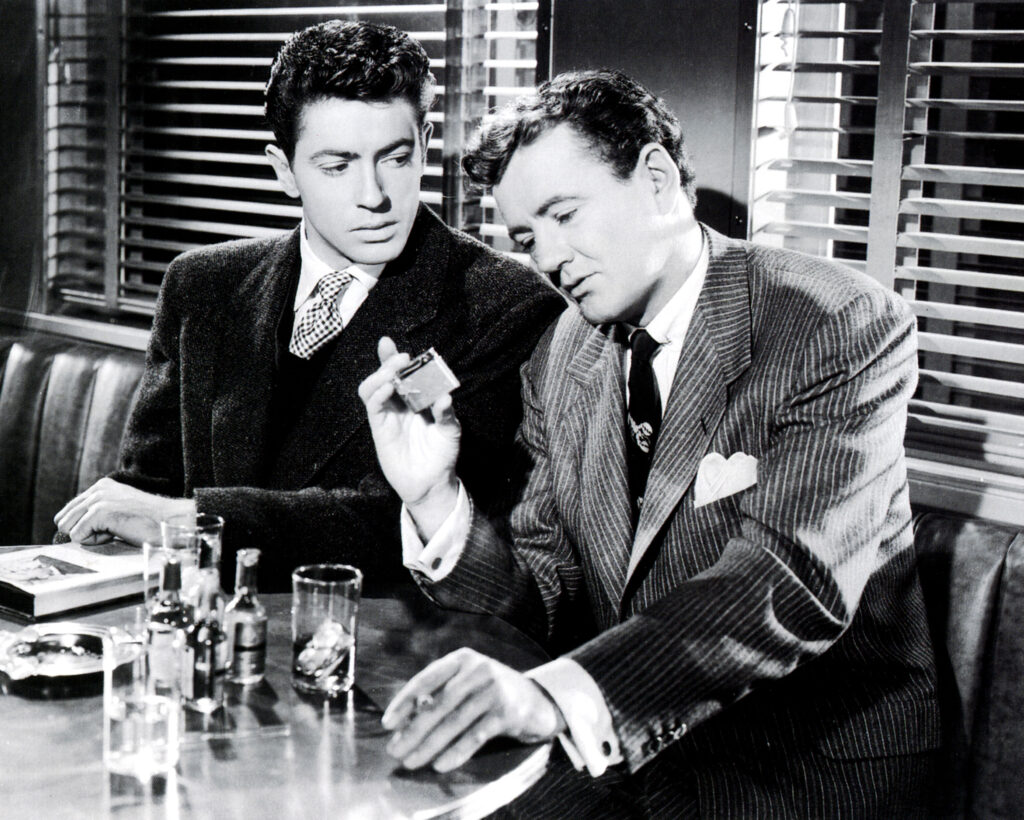 Strangers on a Train

“Like Shadow of a Doubt, Strangers on a Train is a portrait of the doppelgänger, the double, as a shark in the murky waters of innocence and guilt. In Hitchcock’s most Faustian treatment of the transference of guilt, Robert Walker plays the psychopathic sprite Bruno, who empathically makes himself the agent for Farley Granger’s unannounced desire to murder his wife. The screenplay, coauthored by Raymond Chandler from Patricia Highsmith’s novel, serves up Walker’s style of smirky innuendo on a silver tray, while cinematographer Robert Burks helps Hitchcock turn authentic sites into an ingeniously linked series of set pieces and visual puns.”
— Judy Bloch, BAMPFA

“A lot of people in 1951 regarded [Strangers on a Train] as just an offbeat, suspenseful murder story, with Guy the hero and Bruno the villain….Sixty years later, that interpretation is so restricting it’s hard to believe it ever had traction…Granger and Walker seem not just modern but flowering with candor in a remarkable movie about repressed desire turned toward murder.”
— David Thomson, The New Republic