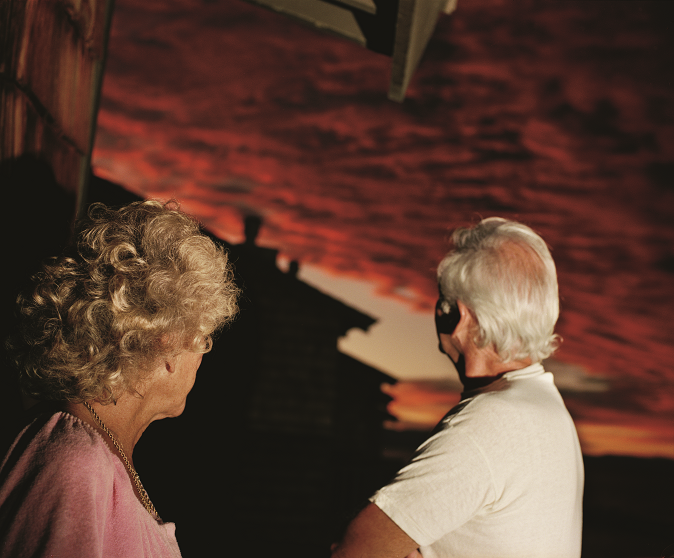 Larry Sultan’s work invites responses from many areas within and beyond photography. Ten makers, thinkers, and writers present “short stories” (approximately four minutes each) that reveal a variety of aspects of the artist’s life and art.

The program is inspired by an anecdote from Sultan’s 1992 masterpiece, Larry Sultan: Pictures From Home, as told by his father, Irving. Frustrated with life in retail at Radio City Music Hall, Irving enrolled in a Dale Carnegie public speaking course called “How to Make Friends and Influence People.” His success in the program eventually led the family to a suburban west coast backdrop that would deeply inform his son’s work.

Join us before the event at 6 p.m. in the Roberts Family Gallery on Floor 1 for a reading by independent curator Charlotte Cotton from Pictures from Home to celebrate the republication of this acclaimed work. The pre-event reading is free and open to the public.

“I’m not sure what drew me to that course, but I’ll tell you this: it had a big impact on my life. The Dale Carnegie program is all about learning to project yourself to other people, to develop confidence in your ability to think on your feet. This was all done through public speaking. I was not the most creative individual, and speaking extemporaneously didn’t come easily. But I really put myself into it. I would practice all week, giving impromptu speeches throughout the apartment, talking to the walls, to your mother, and to your three-year-old brother.

“During the class we would have speech contests that were judged by prominent people. They were usually two-minute impromptu speeches on subjects like the United Nations, marriage as partnership, and the nature of success. What was really surprising was that I would win most of them.”