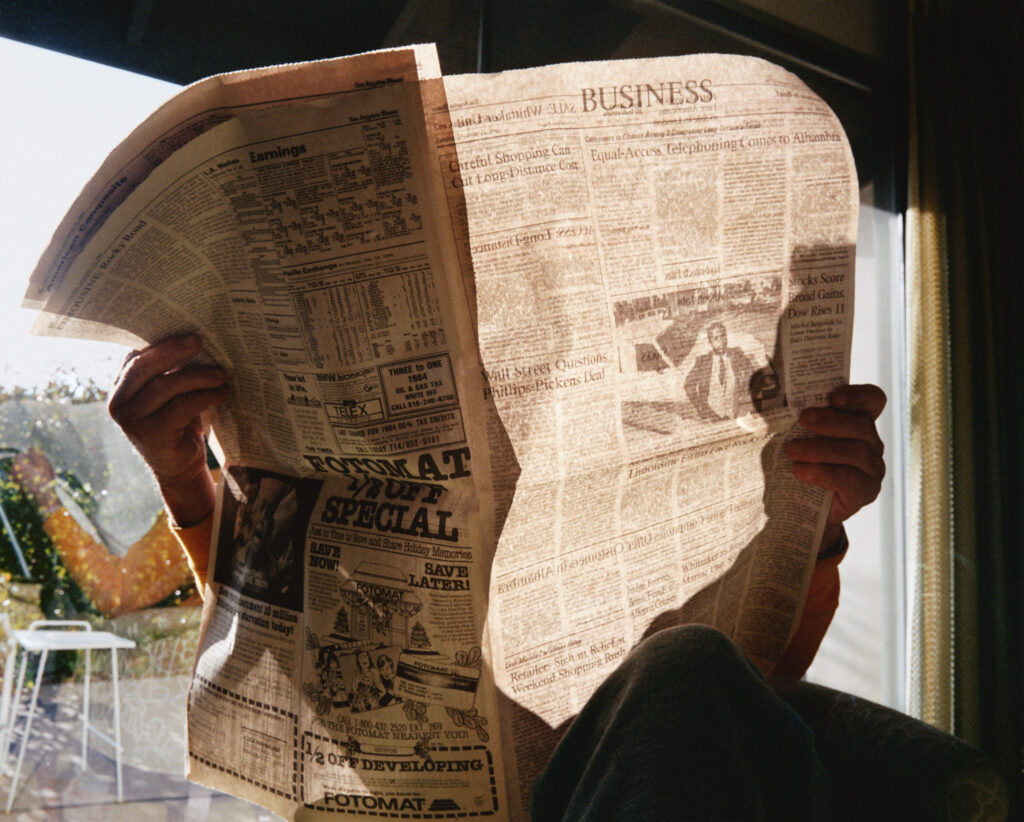 Larry Sultan inspired generations of students during his three-decade career as a Bay Area educator. To mark the opening day of Larry Sultan: Here and Home, five of his past students will share their recollections of working with Sultan, perspectives on his work, and how he influenced their own practices. Join us for these twenty-minute gallery talks, which will take place on the hour, from 11 a.m.–4 p.m.

Abner Nolan on My Mother Posing for Me, 1984
Nolan is an artist and educator who uses photographs and everyday ephemera as starting points for his work. He is currently organizing an exhibition of work by former student Jeff St. Andrews for Black Crown Gallery in Oakland.
He studied with Sultan from 1996–98.

Hank Willis Thomas on the Pictures from Home series, 1983–92
Thomas practices Personhood. He is working on being a better person.
He studied with Sultan from 2000–2004.

Lindsey White on Larry Sultan and Mike Mandel’s collaborations
White’s work is inspired by the professional and amateur worlds of magic, comedy, and other “staged” professions.She is currently working on her upcoming SECA exhibition at SFMOMA.
She studied with Sultan from 2005–7.

Dru Donovan on the Homeland series, 2006–9
Donovan’s work examines connections between physical and emotional occurrences by constructing or revisiting human experiences. She is currently working on a project entitled Basic Poses that isolates gestures found in activities such as dance, modeling, and cheerleading.
She studied with Sultan 2003–4 at California College of the Arts and was his assistant from 2004–7 and 2009.

Jon Rubin on Study Hall
Rubin is an interdisciplinary artist who creates interventions into public life that re-imagine individual, group, and institutional behavior. He is currently working with artist Lenka Clayton on a six-month project commissioned by the Guggenheim Museum called . . . circle through New York.