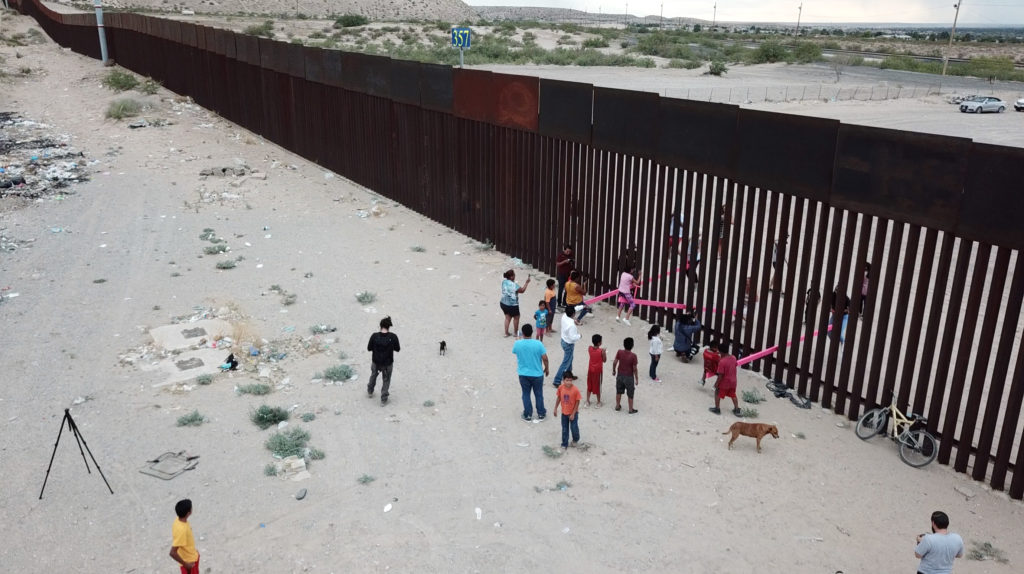 On Edge: Architectural Conditions at the U.S.-Mexico Border

This event is at capacity. There will be a rush line 30 minutes prior to the event for tickets, on a first-come, first-served basis.

As a safety precaution, seating will be limited to 50% capacity.

Join us for a live talk with architects Ronald Rael of Rael San Fratello and Tatiana Bilbao of Tatiana Bilbao Estudio. Both studios are engaged with creative and provocative architectural thinking at the U.S-Mexico border. The work of these firms is the focus of two exhibitions on view now at SFMOMA.

Moderated by El Paso–based Ersela Kripa of AGENCY Architecture, this in-person conversation will examine border projects by Rael San Fratello such as Teeter-Totter Wall (2013–20) and Tatiana Bilbao’s book Two Sides of the Border (2020), and how their work brings together different perspectives to reimagine identity, power, and conditions in the border region.

This talk is part of public program series New Territory: Beyond the U.S.-Mexico Border, which explores the U.S. and Mexico border as a new territory, a region unto itself and a site of possibility through art, design, and visual culture.

Ronald Rael is the Eva Li Memorial Chair in Architecture at the University of California Berkeley, and a partner in Rael San Fratello, founded in 2002 with Virginia San Fratello. Rael’s research interests connect indigenous and traditional material practices to contemporary technologies and issues, and he is a design activist, author, and thought leader within the topics of additive manufacturing, border wall studies, and earthen architecture.

Tatiana Bilbao is an architect whose practice aims to integrate social values, collaboration, and sensitive design approaches to architectural work. She founded Tatiana Bilbao ESTUDIO in Mexico City in 2004 and has completed projects in China, France, the United States, Mexico, Guatemala, among others. Bilbao is a professor of architecture at Yale University and is currently guest teaching at UC Berkeley.

Ersela Kripa (moderator) is a founding principal of AGENCY Architecture and an Associate Professor and Director at Texas Tech University College of Architecture (CoA) in El Paso, and Director of Projects at POST (Project for Operative Spatial Technologies). She is coauthor of FRONTS: Military Urbanisms and the Developing World (2020).

First Thursdays are sponsored by Nancy and Alan Schatzberg and United Airlines.