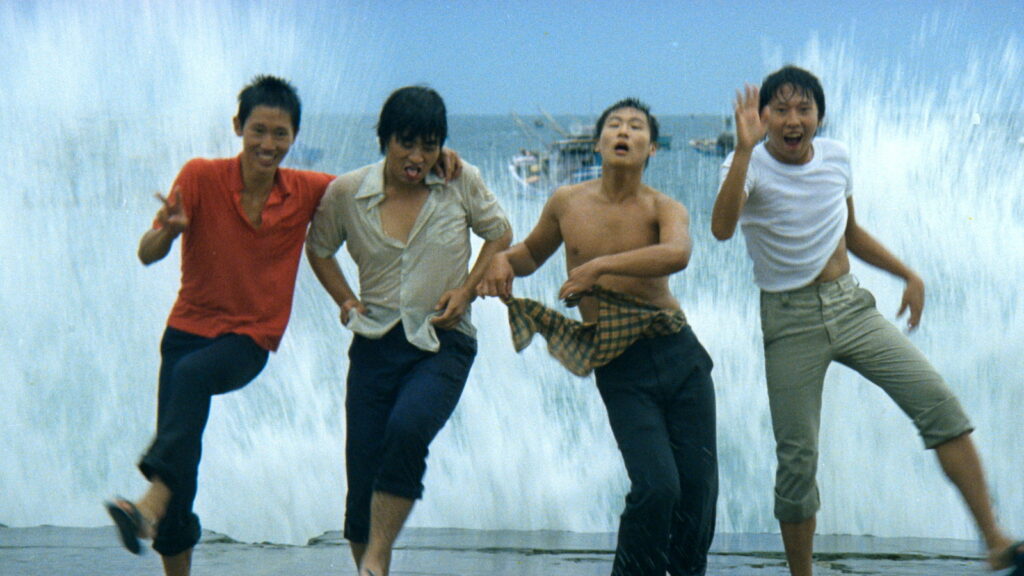 The Boys from Fengkuei

“This ‘group portrait of four laddish adolescents on the razzle in Kaohsiung as they approach the onset of adult life’ (Tony Rayns) is Hou Hsiao-hsien’s fourth film, but he has long considered it to be the real beginning of his career as a moviemaker. ‘I had very intense feelings at the time,’ Hou told Sam Ho, ‘and I think the film has an intense energy. An artist’s early work might be lacking in craft but, at the same time, be very powerful, very direct. Later, when I wanted to return to that initial intensity, I no longer could.’ In the tradition of Fellini’s I Vitelloni, The Boys from Fengkuei is a deeply personal look back at the director’s own adolescence — at the boredom of living in the middle of nowhere and the overwhelming need to get up and move, and get out and away to the big city. A glorious young-man’s film, and the first great work of the Taiwanese New Wave.” (New York Film Festival)

Print and Rights: Restored by the Cinémathèque Royale de Belgique in collaboration with Hou Hsiao-hsien and The Film Foundation’s World Cinema Project.