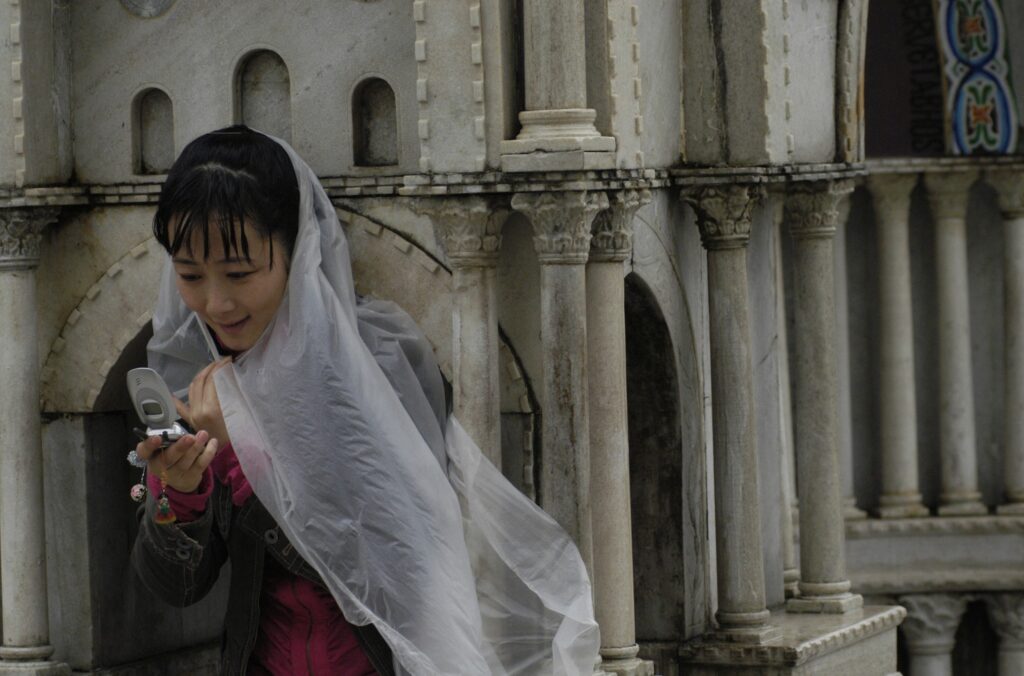 “The world comes to China — but not the other way around — in Jia’s sly parable on globalization’s papier-mâché promises, set in a Beijing Vegas-by-way-of–Epcot-Center theme park where the Eiffel Tower, Big Ben, and the Twin Towers (“ours are still standing”) are all within unpaved blocks of one another. ‘See the world without leaving Beijing!’ is the park’s slogan, but for The World’s luckless inhabitants — former farm girls and country hicks, now performers or security guards — that promise seems more like a prison sentence. The dancer Tao (Zhao Tao) is the fiery heart of the film; she may play a geisha one day, a Bollywood queen the next, but her true role is always the same: to be left behind. Jia’s most accessible film, complete with Yu Likwai’s inestimable roaming camerawork, a pulsating trance score, and (of course) ‘continent-spanning’ locations, The World is also his most pointedly political, and his most heartbreaking. Even amid the fake skyscrapers and neon dance numbers, it’s still one lonely planet.” (BAMPFA)