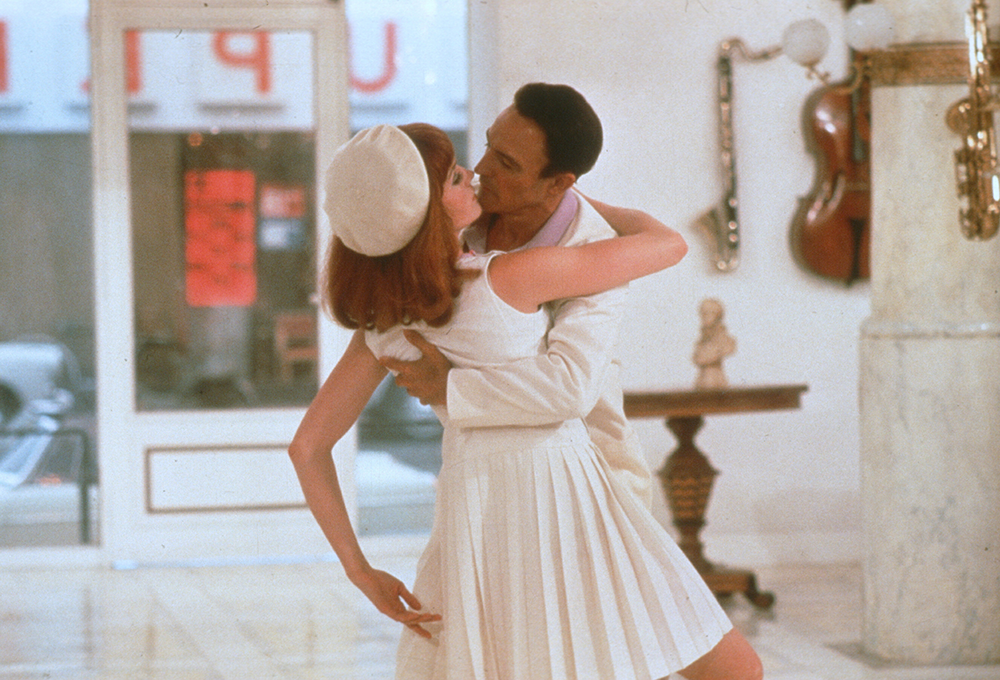 Springing from Jacques Demy’s obvious love affair with the Hollywood musicals of the 1950s and ‘60s, The Young Girls of Rochefort (1967) combines colorful effervescence with pragmatic ideologies in a way that is distinctly French. In one of the most famous musical numbers in the film, “Chanson des Jumelles”, the twin protagonists (played by real-life sisters Catherine Deneuve and Françoise Dorléac) sing matter-of-factly about their overworked single mother and absentee father, while grinning coquettishly and wearing ostentatiously large, candy-colored hats. The unlikely, multinational cast includes George Chakiris (West Side Story) and Hollywood musical legend Gene Kelly. Demy was married to Agnès Varda from 1962 until his death in 1990 and, like Varda, he aimed to reframe the struggles of the working class in French cinema. In The Young Girls of Rochefort, Demy uses a jazzy score, exuberant choreography, and brilliant Technicolor to communicate the dreams and desires of his characters as they encounter each other, and miss each other, in the provincial town of Rochefort.