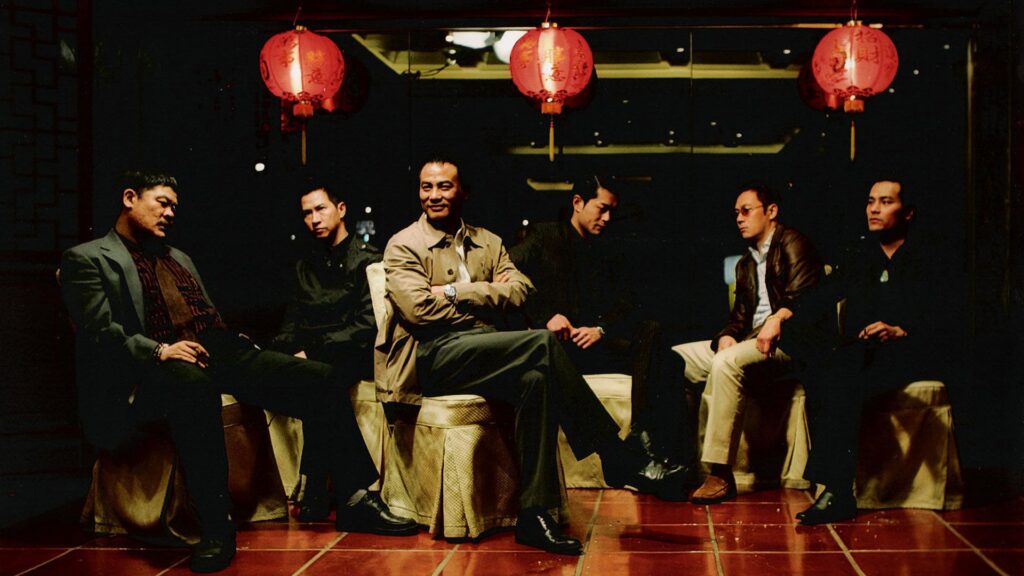 “This black-hearted sequel to Election finds nattily attired younger henchman Jimmy, who attends both shootouts and economics lectures, now being browbeaten into running for triad boss during the new “election.” In addition to a familiar threat (the current head of the triad, who’s not about to relinquish power), Jimmy must also contend with corrupt mainland Chinese officials, and soon his Brooks Brothers suits are getting stained with human blood. A portrait of twenty-first-century Hong Kong and China so attuned to Darwinian capitalism that it could be Mao’s worst nightmare, the film was suitably banned in China, and all publicity materials seized and burned.”
— BAMPFA

“The surfaces gleam as luxuriously in Johnnie To’s exemplary gangster thriller Triad Election as those in a similarly slicked-up Hollywood film, but the blood on the floor here seems stickier, more liable to seep and to stain. A dark, brutal look at the shadows darkening the Hong Kong triads, the film picks up the narrative line expertly coiled and kinked in Mr. To’s companion piece, Election.”
— Manohla Dargis, The New York Times