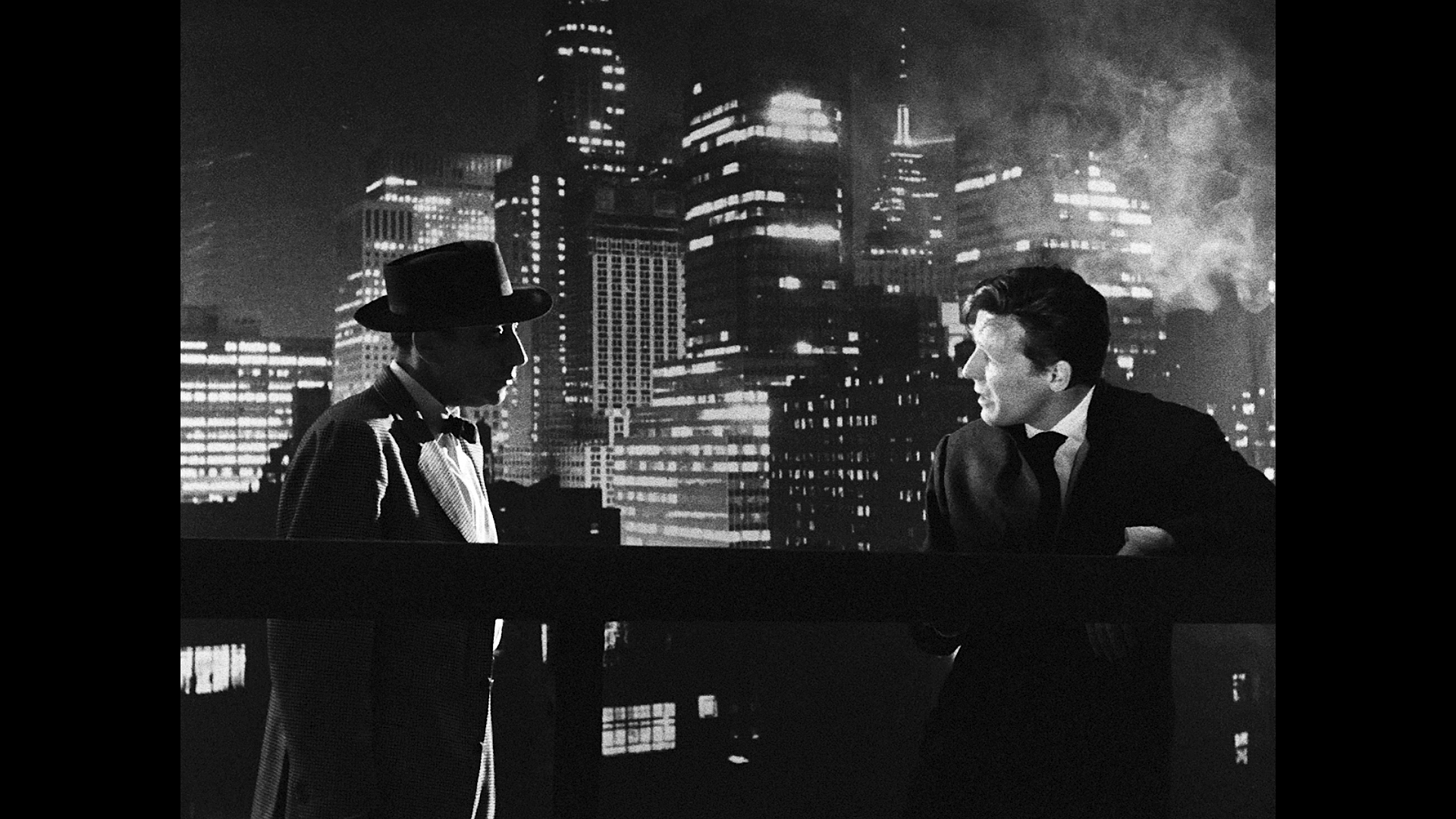 “The great Jean-Pierre Melville, a devotee of American cinema, made only one film in the U.S.: this moody 1958 noir that captures nighttime New York in indelible jazz–soaked black-and-white images. Ironically, it was never released here. Melville himself plays a journalist who teams up with a cynical, hard-drinking photographer to track down a missing French UN diplomat and former Resistance hero. A mysterious car trails their every turn.”
— Los Angeles Film Festival

“His mastery of mood, informed by his singular synthesis of Gallic existentialism and B-movie grit, invigorates every frame.”

“Melville seems less interested in the mystery than in his characters’ solitude: They have each in their own ways shut themselves off. The city itself seems to feed this alienation: Melville’s New York is a fragmented place where every neighborhood seems disconnected and everyone lives in their own cocoon, adhering to their own rules.”
— Bilge Ebiri, Village Voice