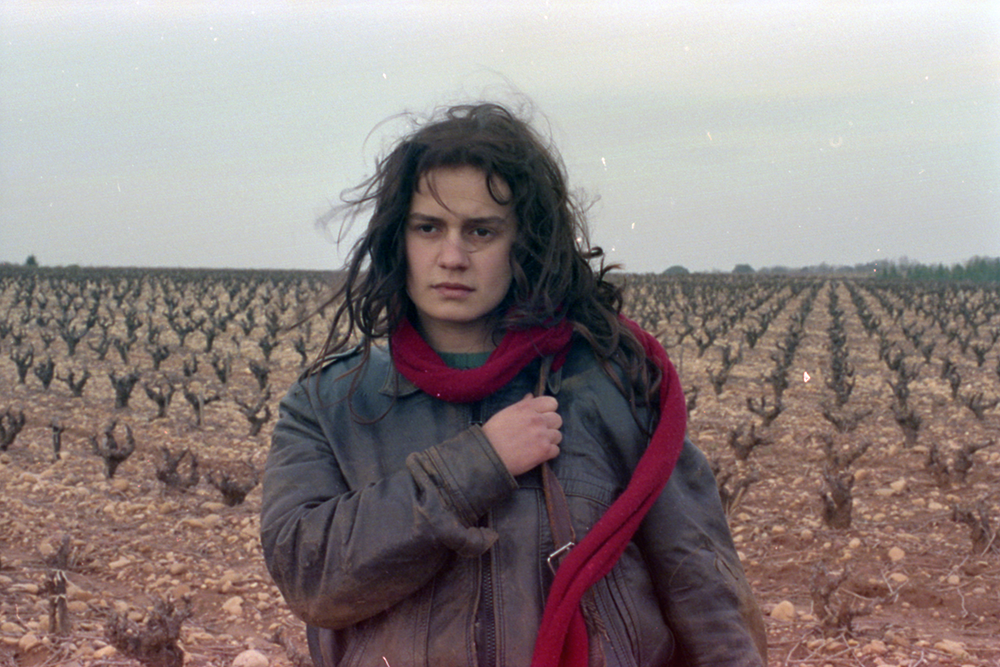 Considered one of Varda’s most transgressive films, and hailed as one of the great films of the 1980s by critics and film juries alike, Vagabond (1985) tells the unflinchingly bleak tale of Mona, a young drifter without a backstory, cause, or much of anything except cigarettes, a backpack, and a tent with a grungy yet distinctly feminine pattern. In this film, Varda works backwards, beginning with the discovery of Mona’s lifeless body in a ditch in rural France, and pieces together the story of her life in a quasi-documentary style, including flashbacks, interviews, and eccentric moments in which characters suddenly pause mid-scene to speak to the camera directly. Vagabond won the Golden Lion at the 1985 Venice Film Festival, and Sandrine Bonnaire won the César Award for her performance as the surly and enigmatic Mona. In this faux documentary, Varda permits her characters to tell us about Mona — and in doing so, tricks them into telling us about themselves. The result is a stark, searing portrait of society, in which Varda implicates us all.