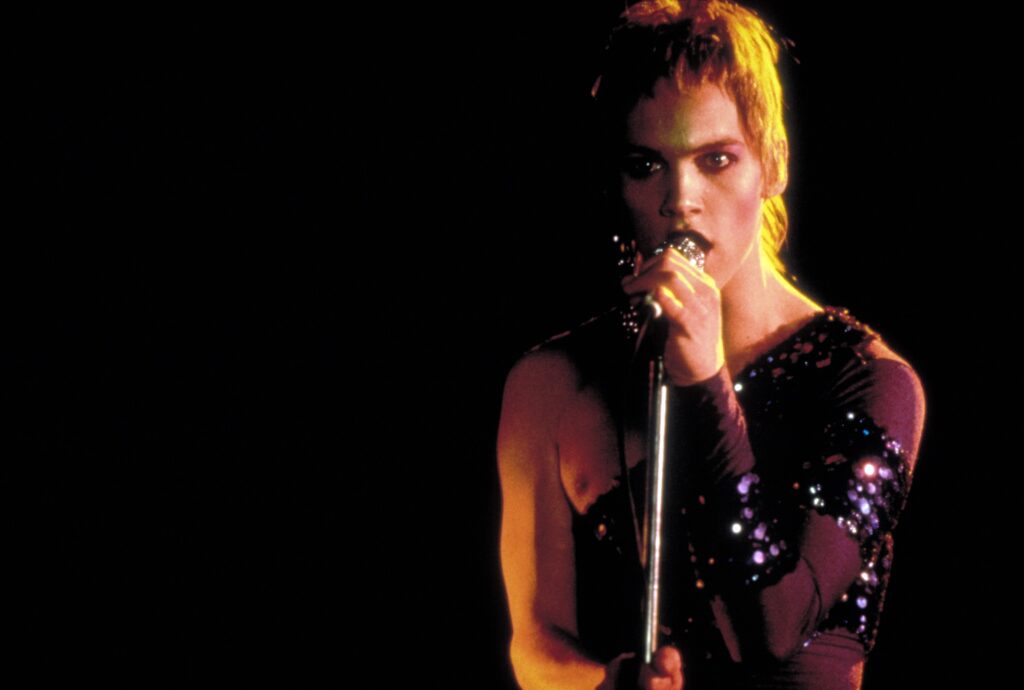 “The birth of Oscar Wilde; the staged death of a flamboyant rock star modeled closely after David Bowie; the delirious inebriation of London at the height of the glam era: Haynes’s second discourse on celebrity culture was as sprawling and multi-tracked as Safe had been clinically restrained. Much of Velvet Goldmine, the story of a journalist who tries to reconstruct the sordid life story of the failed glam-rock star he’d idolized as a young man, was shot in London, and the move gave Haynes a chance to abandon the cloister-like suburbs of his earlier films for a much more colorful, Dionysian milieu. Working with a stellar cast and a staggering roster of musicians, Haynes crafted one of the most thrilling music movies of the 1990s.”
— Film Society of Lincoln Center

“The astounding Mr. Haynes…reimagines the glam-rock ’70s as a brave new world of electrifying theatricality and sexual possibility….Velvet Goldmine tells a story the way operas do: blazing with exquisite yet abstract passions, and with quite a lot to look at on the side.”
— Janet Maslin, The New York Times