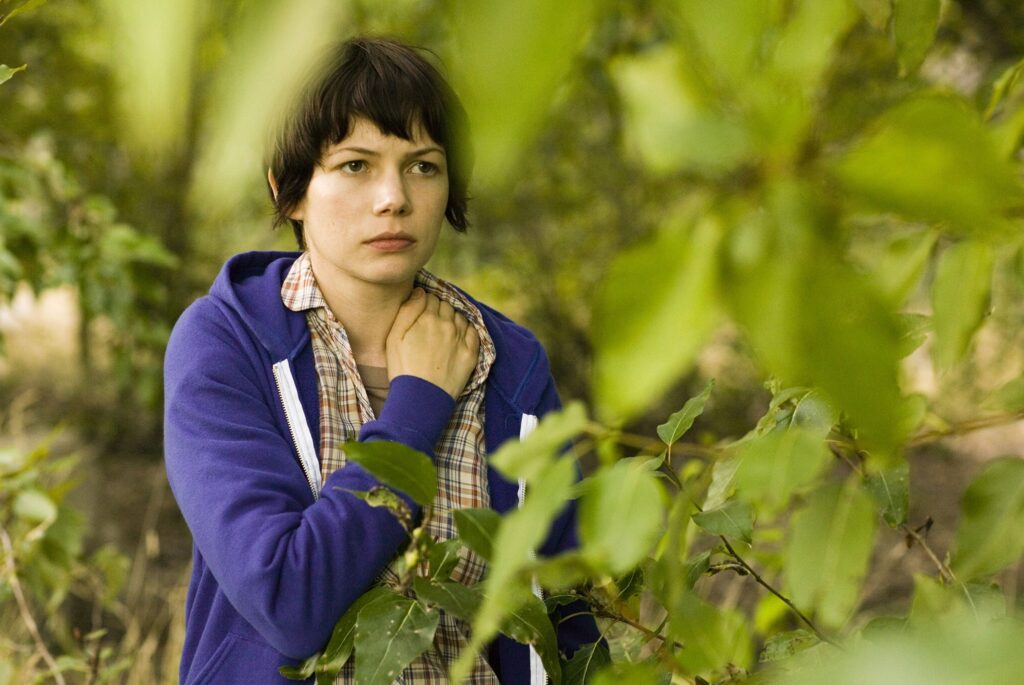 “Kelly Reichardt’s humble, heartrending third feature, the talk of Cannes when it debuted in Un Certain Regard, was the writer-director-editor’s breakthrough film, an unassuming tour de force that New York Times critic A. O. Scott placed at the epicenter of a burgeoning (albeit short-lived) ‘Neo-Neo Realist’ movement in American independent cinema. Michelle Williams, in what remains her finest performance to date, is Wendy, a young, broke vagabond stranded in a small Oregon town after her battered car breaks down and her beloved dog Lucy goes missing. The plot of this unadorned, unsentimental, unhurried drama — adapted from co-writer Jon Raymond’s short story ‘Train Choir’ — is deceptively slight; in its understated way, it speaks volumes about loneliness, economic hardship, and compassion in a culture of individualism and inopportunity, the modern American zeitgeist.” (The Cinematheque)