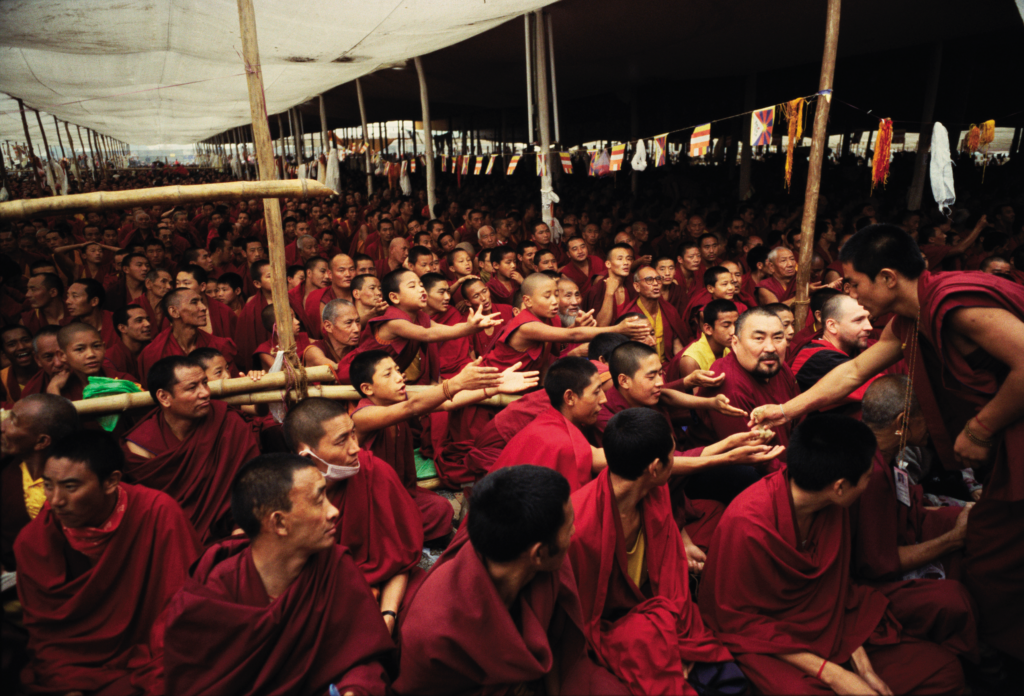 Filmed on location in India, Austria, and Tibet, Wheel of Time is Herzog’s outsider view of Tibetan Buddhist spirituality in general, and the Kalachakra (“wheel of time” is one translation) initiation in particular, with a side trip to witness the pilgrimage around Mt. Kailash. Herzog narrates with honesty and clarity throughout, and brings a novice’s enthusiasm and the delight of discovery to every scene. At the 2003 International Buddhist Film Festival in Los Angeles, Herzog detailed the harrowing experiences he endured to capture stunning images of 450,000 Tibetans on pilgrimage, and to resounding applause he said, “I’m not a Buddhist, but I knew that even in such a huge crowd of people there was not one who would pick up arms or start a war.”

“Wheel of Time is less about words than about being plunged into an intensely devotional world, feeling its tug and sensing its extreme austerity.” — Stephen Holden, The New York Times