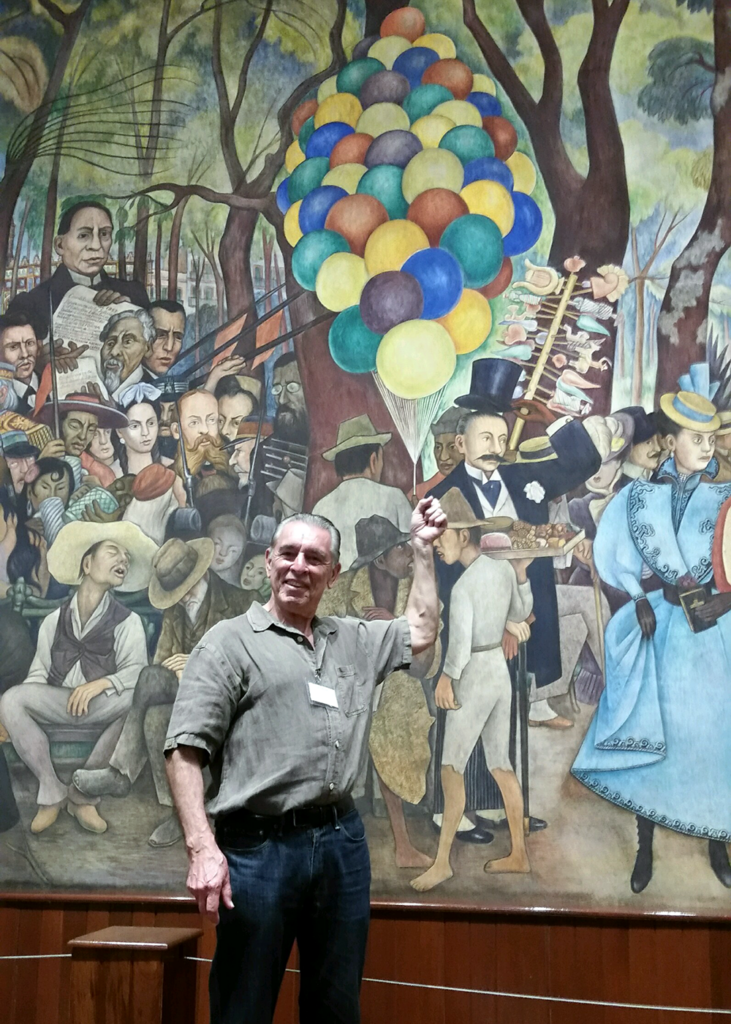 William Maynez on The Chronicles of San Francisco

Free and open to the public; museum admission is not required

JR’s The Chronicles of San Francisco celebrates the voices of our extraordinary, unique, and diverse city in a sweeping digital mural. Each month this summer, hear from an individual featured in the mural on their contribution to San Francisco’s cultural landscape.

This August, join San Francisco’s resident Diego Rivera expert, William Maynez, to learn about how artist JR drew inspiration from the many Rivera murals in the city when creating his own digital mural.

William Maynez has served as a steward and historian of Diego Rivera’s Pan American Unity mural at City College of San Francisco (CCSF) for more than twenty-two years. Trained as a painter, he managed CCSF’s physics labs for thirty-three years. He has written and performed in a one-act play, An Interview with Frida and has started readings for his new play, Rapsodia en Azul: An American in México, about a November 1935 trip in which composer George Gershwin visited Rivera and Frida Kahlo. Maynez serves on the SFMOMA-CCSF team coordinating the loan of the twenty-two-ton masterpiece for the museum’s upcoming exhibition on Rivera in 2020.