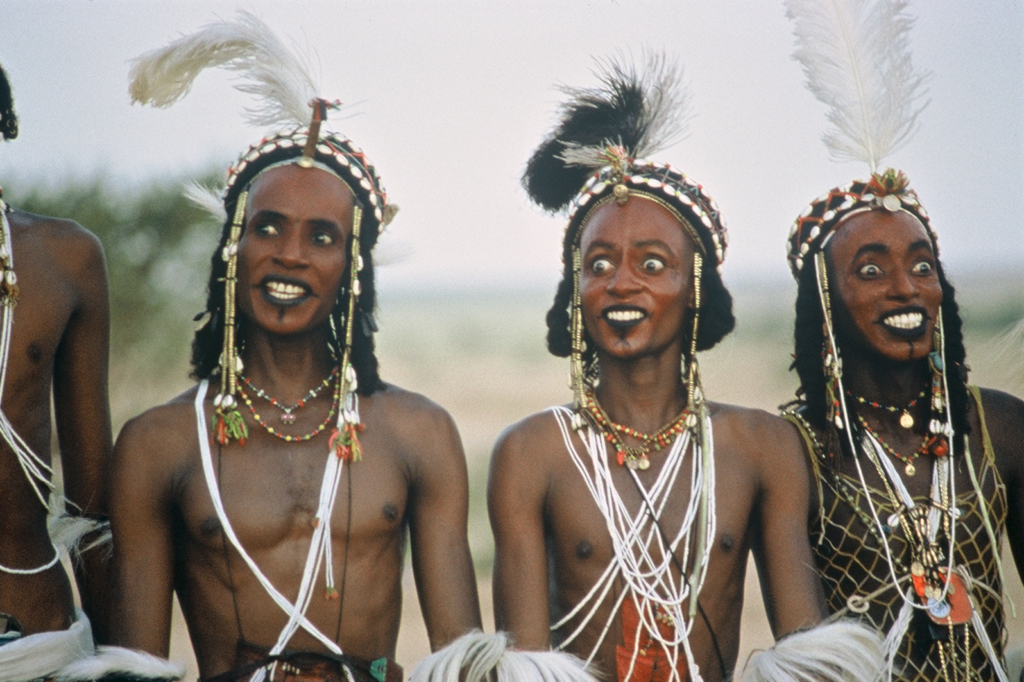 Wodaabe: Herdsmen of the Sun

“In Herdsmen of the Sun, Herzog records a rare, bright moment for the Wodaabe, a tribe of nomads in the African Sahel. In 1988, the best rains in 60 years brought respite from the region’s chronic drought and long-delayed markets, weddings, and festivals could be held. The Wodaabe consider themselves to be the most beautiful people in the world. At the height of their festival, Wodaabe men adorn and display themselves to be chosen by women in a contest celebrating beauty and love.” — George Eldred and Alicia Springer, San Francisco International Film Festival

“Werner Herzog’s fascination with the natural world at its most enduringly strange has led him to the southern Sahara for Herdsmen of the Sun, a startling anthropological documentary about the nomadic members of the Wodaabe tribe… Mr. Herzog examines their peculiar mating rituals, conveys a sense of their history, and suggests how seriously their future is threatened. What he does most powerfully…is to discover a reality more exotic and mysterious than anything a storyteller could imagine.” — Janet Maslin, The New York Times