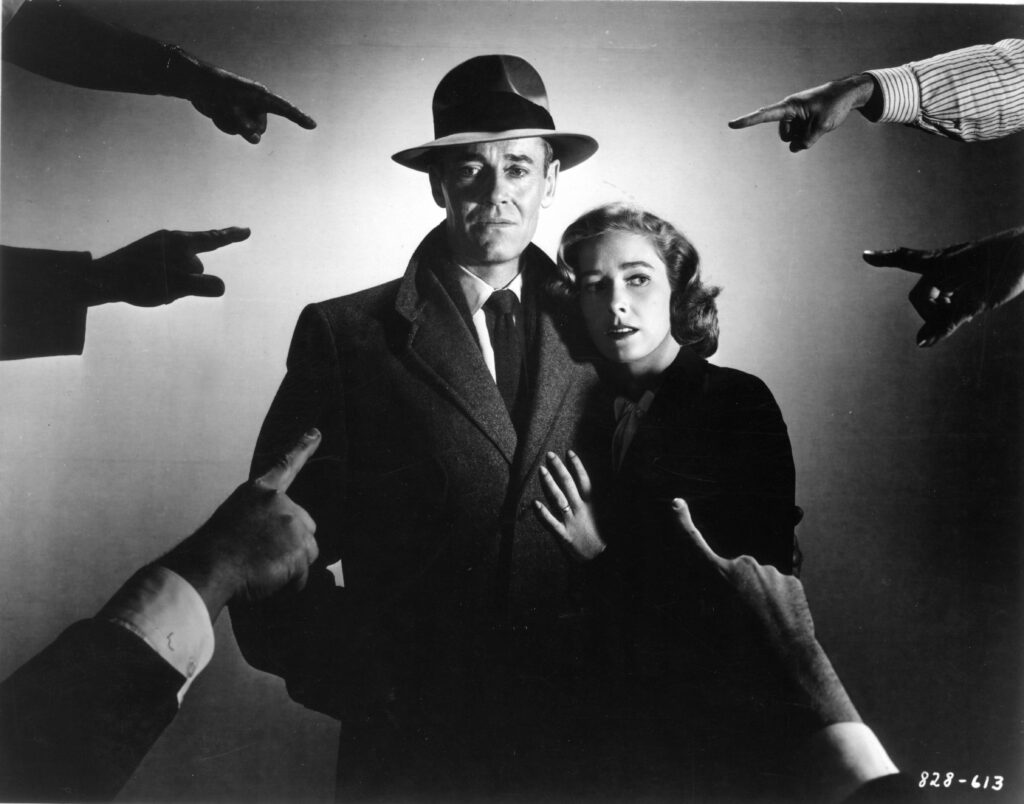 “Severe in style and implacable in tone…the film is based on the true story of New York club musician Manny Balestrero (Henry Fonda), who was arrested for a series of armed robberies he did not commit. Fonda gives one of his greatest performances as an innocent man plunged into a living nightmare…and he is equaled by Vera Miles as the accused’s wife, whose mind begins to unravel as her husband is victimized by the relentless, uncaring justice system.”
— Toronto International Film Festival

“In violently contrasted lighting, [Hitchcock] speaks: ‘This films is unlike any of my other films. There is no suspense. Nothing but the truth.’ One must read between the lines. The only suspense in The Wrong Man is that of chance itself. The subject of this film lies less in the unexpectedness of events than in their probability. With each shot, each transition, each composition, Hitchcock does the only thing possible for the rather paradoxical but compelling reason that he could do anything he liked.”
— Jean-Luc Godard