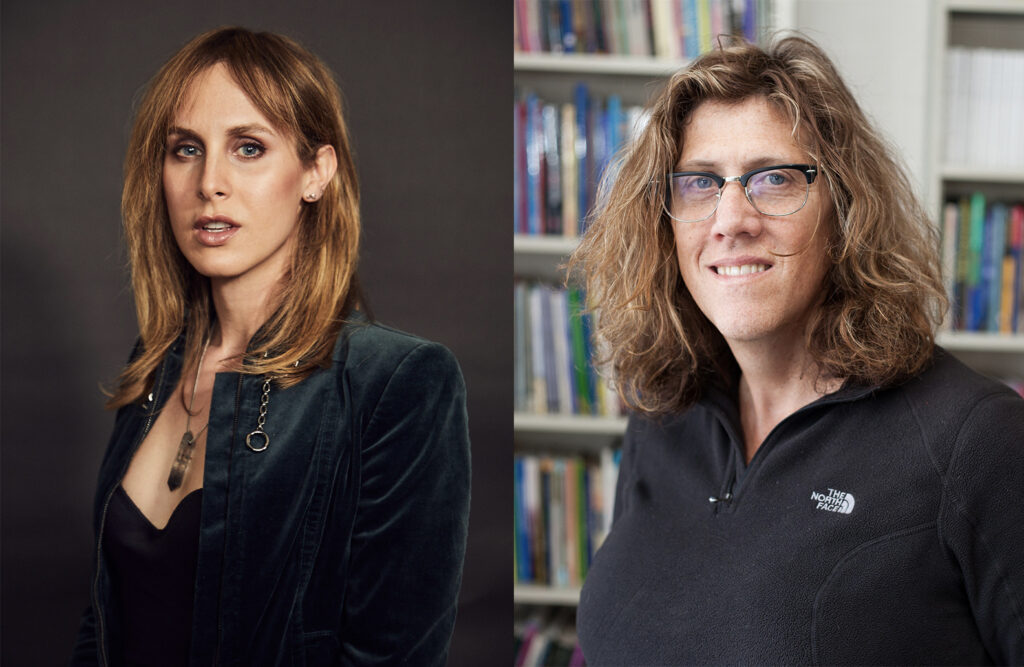 Reflect on the photography exhibition April Dawn Alison with acclaimed guest speakers Zackary Drucker, an artist and media producer (Whitney Biennial 2014; Amazon’s Transparent), and Susan Stryker, a scholar and filmmaker (Transgender History: The Roots of Today’s Revolution, Seal Press) in conversation with exhibition curator Erin O’Toole. Drucker and Stryker, both of whom consulted on the show, will unpack their understanding of the artist April Dawn Alison and her works, as well as the broader context of transgender depiction and artistic expression in visual media, past and present.

This exhibition draws from an extensive trove of Polaroids by April Dawn Alison, the feminine persona of Alan Schaefer (1941–2008), a commercial photographer based in Oakland. The photographs, virtually all of them self-portraits, were made over the course of more than thirty years, and were discovered upon the artist’s death. Exploring a wide range of feminine archetypes drawn from advertising, motion pictures, and fetish and pornographic imagery, these extraordinary pictures reveal a rich inner life filled with as much humor as pathos, and as much joy as loneliness.

Zackary Drucker is an independent artist, cultural producer, and trans woman who breaks down the way we think about gender, sexuality, and seeing. She has performed and exhibited her work internationally in museums, galleries, and film festivals including the Whitney Biennial 2014, MoMA PS1, Hammer Museum, Art Gallery of Ontario, MCA San Diego, and SFMOMA, among others. Drucker is an Emmy-nominated producer for the docuseries This Is Me, as well as a producer on the Golden Globe- and Emmy-winning show Transparent.

Susan Stryker is an award-winning scholar and filmmaker whose historical research, theoretical writing, and creative works have helped shape the cultural conversation on transgender topics since the early 1990s. Dr. Stryker is a visiting professor of women’s, gender, and sexuality studies at Yale University. She is founding co-editor of the journal TSQ: Transgender Studies Quarterly, author of Transgender History: The Roots of Today’s Revolution, and co-director of the Emmy-winning documentary film Screaming Queens: The Riot at Compton’s Cafeteria.

Erin O’Toole is the Baker Street Foundation Associate Curator of Photography at SFMOMA and curator of the exhibition April Dawn Alison.